Top 10 Trends In Coffee Market in Canada To Watch

Top 10 trends in coffee market in Canada to watch are discussed in this article. Coffee is one of the most widely used and legal psychoactive substances on the market. It boosts the metabolism and the central nervous system. Coffee is widely considered to be the world’s second most valuable legal export commodity. Furthermore, behind oil, coffee is the second most valuable commodity exported by developing nations. In comparison to oil, coffee income is divided more directly and equally in producing countries based on the number of people participating and the prevailing farm size. Approximately 125 million people rely only on coffee for their livelihood. The top 10 trends in coffee market in Canda are not listed, but are represented in bold.

Although Canada does not manufacture coffee beans, it appears to be addicted to them. After the Netherlands and Finland, Canada ranks third among the world’s top coffee drinkers. An average Canadian consumes 152 liters of coffee each year. That is almost a barrel of oil in size. Smaller, stronger coffee portions are the norm in Europe. At the same time, coffee consumption trends in North America have shifted drastically. Starbucks pioneered the transition to stronger coffee more than two decades ago. Other retailers had to adjust as the coffee preferences of North Americans shifted. Most coffee merchants with considerable market shares in Canada have Europeanized their products.

Coffee is the most consumed beverage among those over the age of 16 in Canada, surpassing even tap water. The average number of cups of coffee consumed by Canadian adults per day is 2.8, with more people opting for larger cups. The new Canada Food Guide lists unsweetened coffee as one of only four “healthy drink alternatives” other than water. In the last five years, the number of Canadians who buy ready-to-drink coffee in a bottle or can has more than doubled. Canadians under 35 are more likely to consume “gourmet” coffee beverages, which include both espresso-based (cappuccinos, macchiatos americanos, etc.) and non-espresso-based beverages (nitro, cold brew, frozen blended).

However, in recent years, Canadians’ consumption of coffee outside the home has decreased by over 3% annually. Single-serve coffee machines are becoming a stronger competitor to classic drip brewers, encouraging more people to enjoy coffee at home. Single-serve coffee pods, which are more convenient and less wasteful, have propelled Canada to the top of the world’s coffee drinkers. That is why, despite the environmental cost, many coffee shops sell pods because the profit potential is simply too great to pass up.

Millennials are important in the marketplace since their coffee consumption is increasing by 5% to 6% every year. Coffee drinkers are becoming younger and younger, with the youngest Millennials as young as 14 years old. On the way home, coffee shops have become a must-stop. According to the National Coffee Association in New York, daily consumption of coffee in North America, among 18- to 24-year-olds increased to 48% from 34%, while consumption among those aged 25 to 39 increased to 60% from 51%. Adults 60 and older witnessed a dip from 76% to 64%, while the 40-to-59 age bracket saw a decrease as well.

Coffee has clear physiological effects, leading to it being regarded as a drug for spiritual reflection, a medicine for a variety of ailments ranging from indigestion to headaches and hyperactivity, a cure for hunger and fatigue, a potion for creativity, and an additive of athletic and labor performance. According to numerous studies, drinking up to four cups of coffee a day may be beneficial to one’s health. Coffee was recently demoted from a carcinogenic food to healthy food by the International Agency for Research on Cancer (IARC). According to the study, coffee can reduce the incidence of liver and uterine cancer.

Canada has demonstrated the fastest consistent growth among the traditional coffee importing markets, including, North America, Europe, and Japan – in the recent decade. Canada imports coffee from more than 30 developing nations. The market of coffee in Canada has created over 160,000 jobs in cafes and coffee shops, as well as 5,000 positions in roasting and manufacturing. Coffee in Canada has benefited over 5,000 individual café and coffee shop owners, as well as thousands of more franchisees. The coffee market in Canada has also generated jobs in supporting industries such as packaging, cup suppliers, and food production.

During the COVID-19 pandemic, the rapid rise of delivery services helped to limit losses of the coffee market in Canada, although only to a certain extent. This was clearly insufficient to cover the crisis’s worst months. The coffee market in Canada, on the other hand, looked strong in 2020. According to reports, the sellout varied from 4.17 million bags of 60 kg in 2011 to 4.83 million bags of 60 kg in 2020. According to the Specialty Coffee Association of Canada, coffee consumption per capita has climbed from 7,050 kg to 7,830 kg per person, and two-thirds of Canadians drink at least one cup of coffee per day, with the average being 2.8 cups per day. 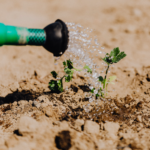 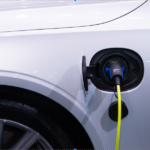