What is Ethylene Carbonate?

The organic molecule with the formula (CH2O)2CO is referred to as ethylene carbonate (EC). It is categorized as an ethylene glycol and carbonic acid cyclic carbonate ester. Ethylene carbonate is a translucent, crystalline solid that is moderately water-soluble. The substance is known for its colorless and odorless properties at room temperature of 25 °C. The applications for most chemicals are reliant on their physical as well as chemical properties. Since ethylene carbonate is a highly polar solvent and can dissolve a lot of electrolytes, it is mostly employed in the electrolyte solution for lithium batteries. Additionally, it can easily dissolve polymers, making it useful as a detergent and release agent.

The Market Dynamics for Ethylene Carbonate

According to the market database, one of the key drivers for Ethylene carbonate is its use in the production of Lithium-ion electrolyte manufacturing. The increased production and demand associated with electric vehicles are noted to be one of the predominant factors driving the procurement of this product.

Market research tools state that while electric car sales soared through 2021 and have continued to grow strongly so far in 2022, future growth will require greater efforts to diversify battery manufacturing and essential mineral supplies to lower the risks of bottlenecks and price increases. The global sustainability drive that promotes reduced carbon emissions across global markets is noted to be the main factor that tends to accelerate this growth. Business Intelligence tools claim that European Union (EU) stated to have reduced greenhouse gas emissions by the equivalent of more than 1.5 billion tonnes of carbon dioxide between 1990 and 2020 across several industries. The region plans on reducing carbon emissions by a  value of 55% by the year 2030. Though the market for EVs is a key value chain segment for Ethylene Carbonate, infrastructural challenges associated with charging points can serve as a market restraint for the adoption of this product.

Market research tools report that the EV battery market deals with high-performance as well as high-precision systems. To establish temperature effective temperature control products like methylene ethylene carbonate are used. Methylene ethylene carbonate is typically prepared through the process of esterification of chloroform with ethanol.  The product serves as a polar solvent and a high permittivity component of electrolytes in lithium batteries that account for an integral component of electric vehicles.

The constantly rising cost associated with the raw material feedstock of Ethylene Oxide within the North American market is noted to be one of the key market restraints. The increased price of raw materials drives the cost associated with ethylene carbonate in totality. The US’s retaliatory sanctions against Russia led to rising interest rates and worldwide inflation as well as restrictions on importing Russia’s crucial raw materials.

The producers were therefore eager to find another alternative for crucial raw materials through other channels. The producers’ determination to increase the offered quotations for ethylene carbonate on the domestic US market is further strengthened by the gyration in upstream energy values. The price of ethylene carbonate increased by a value of 4.65% in the second quarter of 2022 owing to the mentioned factors.

As per business intelligence tools, APAC is noted to be the largest market for ethylene carbonate. In terms of market dynamics, the Asia Pacific as a region was noted to take a considerable plummet owing to the geo-political conflicts taking place within Eastern Europe. The higher cost support for feedstock required for the production of ethylene carbonate was seen to increase in 2022 Q2- this again led to a subsequent increase in the overall price associated with the end product: Ethylene Carbonate.

While within Europe, it was observed that the market for ethylene carbonate witnessed bullish sentiments due to the high-cost support associated with upstream operations. This development is the result of the feedstock energy value chain’s gyration following the sanctions placed on Russia owing to the tense geo-political environment. The market is presently going through a change in supply dynamics since OEMs (Russia being the primary supplier of this product within Europe). For instance, the European automaker, Volkswagen invested a value of EUR 20 Billion in purchasing raw materials from a Chinese company named LEAD. The investment is to be followed by the development of 20 GhW facilities for the fabrication of EV batteries. The producer’s quotation for the ethylene carbonate caused a rise in the offered prices as a knock-on effect. 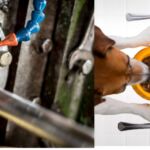 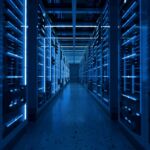