A case of Tesla

There is always something innovative, improved, or redesigned in today’s automotive sector.  When it comes to the luxury auto industry, Tesla’s Model-3 is one of the most intriguing electric vehicles. If the electric charge runs out, the Tesla Model-3 AWD includes two electric motors that can also run-on gas. A permanent magnet electric motor is what this motor is. It boasts a max speed of 162 mph, a range of 310 miles on a single charge, and a recharge time of 15 minutes for 180 miles when charged at a supercharger facility.

Tesla has a one-speed automatic Transmission, which means they only have one gear for shifting because they do not require more. This is due to the fact that electric motors produce 100% of their torque (needed for acceleration) at very low speeds, whereas internal combustion engines only produce torque across a narrow range of speeds. In practice, this implies that combustion engines employ the transmission’s varying gear ratios to accelerate the car. Electric motors increase speed, torque drops, and power increases, providing Tesla all the power it needs for excellent acceleration, as evidenced by the Model-3’s 3.2-second acceleration from zero to 60 mph.

Tesla has pushed the boundaries of practically everything that goes into their vehicles, far beyond the restrictions of a traditional automaker. While other manufacturers were experimenting with hybrids, Tesla delivered its first electric roadster in 2008. The Tesla Roadster was designed with a multispeed Transmission in mind when it was first being built. The majority of pre-production prototypes had a two-speed direct shift manual Automotive transmission with no clutch and a gear lever for shifting between neutral, first, second, and reverse.

Tesla had difficulty with the two-speed Transmission at the time. The Transmission simply could not manage the motor’s massive torque output. Gearing an electric motor to deliver high launch torque and then spinning it fast enough for autobahn speeds created significant cooling issues and lower efficiency. Electric motors have a far larger sweet spot of effective torque delivery than combustion engines, thus they do not need to shift as frequently. For passenger vehicles, a low range that is nearly double the ratio of the high range is usually sufficient. Adding a second ratio should improve overall efficiency unless the gearbox, like the original Tesla transmission, adds parasitic losses.

Internal combustion engines and multispeed gearboxes are used in the majority of automobiles. They have hundreds of moving parts, that need to be serviced on a regular basis, and cannot be modified without a trip to the shop. Tesla has two-moving-part electric motors and single-speed Automotive transmissions with no gears. According to a study, its drivetrain comprises roughly 17 moving components against around 200 in a traditional internal combustion engine. The Tesla system requires almost no maintenance. Because the Tesla electric car system is controlled by electronics, various tweaks, and even repairs can be accomplished by software changes.

Does an electric car have a transmission?

These days, electric cars usually do not have Automotive transmissions, instead rely on a combination of gear sets and differentials to produce a single-speed gear reduction capable of handling everything from crawling through a parking lot to highway speeds and beyond. Modern electric automobiles, such as the first Tesla Roadster, include multi-speed transmissions, which were chosen to increase powertrain performance over a wider range of speeds—in other words, for the same purpose as combustion-powered automobiles.

Some people still prefer having performance cars like manual transmission and thus there has been researching and development going on to add gears to improve performance in electric cars. Some companies specialize in converting classic cars to electric classic automobiles. However, they usually leave the transmission in situ, making post-conversion redundant. This is because gear ratios are designed for combustion engine torque characteristics, and most are not well suited for usage with an electric motor, which means a driver would simply set it in third gear and keep it there all the time, which is not what most people want nowadays. Interested users can login to Global Market Database blog and read about automotive transmission. 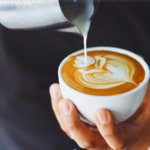 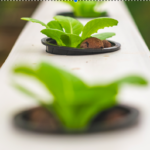