Shortage of Shipping Containers in the United States

Shipping containers are the lifeblood of global commerce: Almost every product and component that circulates through the global economy is encased in corrugated iron as it moves out across seas, railroads, and highways. However, those all-important containers have recently been in short supply in the places where they are most needed.

Supply chain crisis is a complicated global supply network and logistics processes that are being simultaneously strained at many different points. Some supply chains are experiencing enormous surges in demand, others are experiencing reductions of capacity due to covid shutdowns or staffing issues and still, others are failing altogether due to a lack of components or raw materials. This causes shortages, long production & distribution lead times, and ultimately, stock-outs for consumers.

COVID-19 (corona virus disease 2019) is an infectious disease. It has spread globally since its very first appearance in China, resulting in an ongoing pandemic. Globally, the pandemic has caused significant social and economic disruption, including strict social distancing, travel restrictions, and one of the most severe global slowdowns since the Great Depression.

As different parts of the world recovered from the pandemic late last year, there was a buying frenzy, resulting in critical container shortages. This resulted in massive delays in the shipment of goods from China to Europe and the United States, as well as price increases for businesses and consumers. Due to this, there were shortages, long production & distribution lead times, and eventually, consumers ran out of products.

Ports and rail terminals in the United States are experiencing unprecedented surges in Asian imports, a situation that is expected to continue next year, contributing to supply chain challenges for American companies and broader inflationary pressures. Thousands of shipping containers are piling up, causing port delays, higher shipping costs (both ocean and inland freight), and U.S. exporters – primarily of agricultural products – lacking the empty containers required to send their goods abroad.

A container chassis is a specially designed trailer that can be used to transport a shipping container over the road. For a terminal to function properly it is essential to have enough chassis equipment; otherwise, trains cannot be unloaded and turned back toward their origin.

Over the past six months, the backlog of delayed shipping containers at train stations, patios, and rails across the United States has grown dramatically, and chassis deterioration has reached nearly zero. All major cities of the United States are a major problem hindering the transportation of imported goods, or export goods. Major changes may be required to resolve the current crisis and, if possible, to avoid it in the future.

American chassis are starting to roll off the assembly lines, but they are more expensive than pre-tariff Chinese chassis, raising the price of everything that travels by chassis. Tariffs have contributed to a chassis shortage in the midst of an import boom, which is one of the reasons why American ports are congested.

Warehouses in and around U.S. ports are running out of room. According to recent data from CBRE, American commercial real estate services and investment firm, warehouse vacancy in the country has reached 3.6 percent, a record low. To add to the congestion, these warehouses frequently send goods to distribution centers, which then send those items to consumers or physical stores businesses. These facilities are also at or near capacity.

Truck drivers are critical to the shipping industry in the United States. They transport goods between ports, warehouses, rail yards, distribution centers, and retailers, carrying more than 70% of all cargo traveling across the country. However, the country may be short as many as 80,000 drivers right now. Many Americans decided to leave jobs that required frequent public contact. This resulted in a labor shortage to unload ships, transport goods, and staff retail stores.

Major players in the market

The supply chain crisis has resulted in record profits for the once-invisible shipping industry, as well as new competitors. Between January and August, shipping rates more than doubled, indicating a shortage of container transport capacity.

A.P. Moller-Maersk A/S, the Danish container shipping giant, told investors in August that revenue increased by more than 60% in the second quarter, and it raised its forecast for the high end of a key annual profit metric from $6.3 billion to $15.5 billion.

Maersk, a leading shipping container company, has seen its stock rise 43 percent this year and is now trading at a reasonable 4.6 times earnings. Hapag-Lloyd shares have increased by 133% since January. While the world’s largest container shipping corporations would prefer less congested ports, they also benefit from the delays that have caused rates to skyrocket. 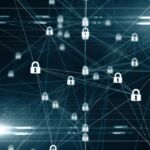 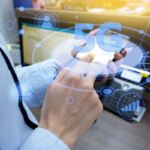