The internet is an open and public system. We all send and receive data over shared wires and connections. Even though it is an open system, we still exchange a lot of private data, things like credit card numbers, bank information, password, and emails. So how are all these private things kept secret?

Data of any kind can be kept secret through a process known as encryption, descrambling, or changing of the message to hide the original text and decryption is the process of unscrambling that message to make it readable. Encrypting confidential data on laptops and mobile devices is critical when storing and accessing it. The covid pandemic and the introduction of remote work have significantly increased the chances of corporate espionage. According to the database, about two-thirds of all enterprises open over 1000 confidential files per employee, so encryption devices need to be integrated into the enterprise.

The encryption device uses a typical standard module set out by the national institute of standards and technology (NIST). This module is called Advanced Encryption Standard (AES) and it is widely used by government agencies, the military, financial institutions, as well as independent and private companies. There are different levels of AES encryption devices, especially 128-bit, 192-bit, and 256-bit, and each key size adds to the level of protection and the complexity of the encryption/ decryption process.

Rivest-Shamir-Adleman (RSA) is another type of encryption algorithm that uses the asymmetric encryption technique where the sender and receiver have a key to encrypt or decrypt the data. RSA is a secure method but it takes a long time to encrypt the data and cannot be used for long-size data.

Software encryption is usually very popular with developers because it is very cheap to implement. In addition, software-based encryption routines do not require additional software. But if a hacker cracks a system password the encryption is immediately undone. Another drawback is that encryption software slows down the process during the encryption.

Encryption devices incorporate a separate processor dedicated to the task of authentication and encryption. So it is much faster and harder to intercept. It also alleviates the burden on the rest of the devices, making encryption and decryption much faster.

Data Recovery is a Challenge

The recovery of encrypted data is challenging. Even if raw sectors can be recovered from a failed drive, the data is still encrypted, so it cannot be read. Encryption devices usually do not have these additional recovery options. Many manufacturers have designed to prevent decryption in the event of a component failure and prevent hackers from disassembling them. You will need professional assistance if you do not have a current backup that is a major drawback of having encrypted devices over a software-based system.

As more smartphones, laptops, and computers are assembled with hardware-enabled devices, the supply function has aided in the growth of hardware encryption. Many electronic devices are now required to use encryption to store confidential data, increasing consumer electronics applications. Innovation leads to new product development and market changes. All of these factors will drive the Hardware Encryption Industry forward. Increased investments in hardware encryption are another factor that offers numerous opportunities for market growth.

Expansion of IT and telecommunication services in the Asia Pacific market. APAC has the largest hardware encryption device market in terms of both volume and revenue, followed by North America and Europe. The growing concern for data privacy, data security concerns, and the emerging trend of portable storage devices are the key factors driving the Encryption mobile devices market. The large investments will result in market expansion and increased product awareness.

Key players in the market

Samsung is one of the key players in the market that offers self-encrypting drives (SEDs) which automatically encrypt and decrypt the data using its encryption mobile device SED. This device always protects the data and eliminates the user time to encrypt data if needed.

Some of the other key players in the market are Thales, Micron technology, NetApp, Toshiba, Kingston technology, Gemalto, Certes Networks, and kangaroo solutions. The market is influenced not only by price but also by the product performance. Large companies enjoy better performance, more types of products, better technical skills, and impeccable customer service. As a result, they dominate the market share of the high-end market. 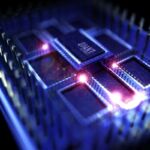 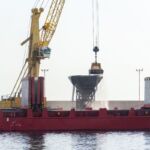