Market Analysis on Global Supply Chain Crisis and its impact on U.S Markets

What is a global supply chain crisis?

The global supply chain crisis fundamentally is the demand and supply mismatch. In this context, it is a result of the release of the huge volume of pent-up demand as economies are recovering from the ills of the pandemic which is not being met by the supply. The global supply chain crisis caused a worldwide shortage of goods and commodities as well as drastically affected the consumer pattern of consumption. The crisis also takes into account, the disruption of supply chains across the globe and how maritime trade was impacted.

Causes of Global Supply Chain Crisis and its impact on U.S Markets

The global supply chain crisis is caused not by a single event in isolation, rather it is a result of an amalgamation of different factors put together. Primarily, the factor that had the largest effect on the global supply chain crisis is the pandemic. It was the first die that toppled in a stack of dominoes resulting in a chain reaction that is closely interrelated and interconnected.

The pandemic resulted in an abrupt fall in demand for goods and commodities in emerging and developing economies. The above consequently resulted in a glut in the market and producers were left with no option other than to discard the surplus primary produce. This adversely affected the producer confidence and the producers treaded on a cautious path and anticipated a significantly lower inventory for the next period.

Conversely, from the demand side, in advanced nations like the U.S, the earlier than expected recovery from the pandemic has realized a release of a huge volume of pent-up demand. This has resulted in inventories of retail marts and outlets in the U.S and other advanced nations, not meeting the inventory requirements to suffice the existing demand.

Secondly, the global supply chain crisis was deeply aggravated by the 2021 Suez Canal blockage. In March 2021, the Suez Canal, one of the busiest global maritime routes, was blocked by the Ever Given, a 20,000 TEU container vessel. The blockage resulted in shipping delays of everyday goods and commodities for consumers across the world including the U.S. It was estimated that the value of goods delayed each hour due to the blockage stood at $400 million.

In the same vein, another contributing variable was that container prices sky rocketed due to the maritime bottleneck of the Suez canal obstruction. Similarly, the freight charges incidentally also have risen due to the sudden surge in maritime traffic that has translated into higher port charges. These factors have resulted in an incidence of the prices on the final consumer in advanced nations like the U.S and the U.K.

After the Ever Given was dislodged from the Suez Canal, it resulted in a sudden spike in maritime traffic via the Suez, one of the busiest maritime routes. As a result, there was an unanticipated influx of container vessels in American ports including, Los Angeles and Long Beach. Ships carrying cargo from China are awaiting unloading at American ports. Port Managers opine that American ports lack the manpower and enough empty containers for the ships to take back to Asia.

The lack of manpower in the American trucking industry contributed drastically to the shortfall of retail inventories across the country. The lack of manpower in the trucking industry resulted in stores not being adequately stocked. Consequently, it resulted in a demand-supply mismatch which was pronounced in the retail sector.

A sector where the impact was felt badly was the edible oil sector including palm oil and canola oil. Low supplies from Malaysia and a crop failure in Canada has coincided with the release of pent-up demand from the pandemic recovery. As a result, there has been a shortage of edible oil across markets in the U.S.A.

Finally, a behavioural aspect that is overlooked is that consumers in the U.S are panic buying goods. Experts say that this behaviour is consistent with rational expectations of a consumer but it is disproportionate as to their magnitude.

Global Market Database is your one-source destination for all of your market research needs. It covers the global supply chain crisis in U.S and its impact. Login to the global market database to uncover a 10-year market forecast, regional market forecast, and top 20 country market analysis. 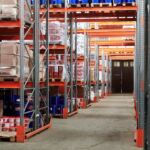 Market Research On Demand Of Warehouse Market Post COVIDby GMD / October 27, 2021
What You Should Know About Electric Vehicles Market in USby GMD / November 1, 2021 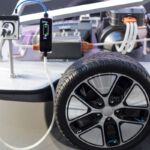