Facts About Impact of Global Chip Shortage in Automotive Industry

The global chip shortage in automotive  industry has been reeling since the advent of the pandemic. It has been aggravated due to several other factors like the drought in Taiwan, the limited number of players in the market constraining the production capacity and the very nature of the semiconductor market structure. The monumental surge in demand for electronics, as the economy transitioned from brick and mortar office spaces and classrooms to virtual offices and classrooms only added to the economic disarray in the semiconductor industry.

Why is there a chip shortage in the automotive industry and why is it relatively more pronounced is a pertinent question making the rounds. It is because chip foundries and semiconductor manufacturers, optimize their production on more refined chips that are used in electronic devices like smartphones and laptops. Meanwhile, the auto-industry uses relatively cheaper chips employed in automobile micro controlling units (MCU’s).

The effect of global chip shortage in the automotive industry

The chip shortage in automotive industry is said to impact, auto industry adversely. The effect of chip shortage is to translate into 6.3 – 7.1million fewer automobiles in the market based on the latest market forecast by leading market research reports.

The demand for automobiles has been surging, across the globe in tandem with the recovery of the pandemic. This has put the automobile manufacturers in a tight spot and the business outlook looks worrisome for the manufacturers. The ongoing chip shortage has made the automobile market fraught with challenges, opined a market expert.

Integrated circuits and chips are key components that are used in car parts like infotainment, touchscreen, windows and music systems. This has resulted in a natural constraint on the production of automobiles by car manufacturers. As a direct result, car manufacturers have strategized and optimized their production, in such a manner that they are producing more automobiles that require relatively lesser use of chips and semiconductors in their system. Models which require more chips are disincentivized at the production stage.

Another unintended effect of chip shortage in automotive industry is more petrol variants are being actively promoted by manufacturers and dealers ahead of festivities across the globe. Diesel variants require more chips for their functioning and manufacturers are not finding it feasible to phase out diesel variants at the moment though they have restricted their production.

Automobile manufacturers across the globe have anticipated huge earnings cut due to chip shortages in the automotive industry and adopted drastic measures to cope up with the situation. They include leading automobile manufacturers like Ford, General Motors and Volkswagen. However, the effect of it has been mostly, if not partly offset by resilient consumer demand and higher profit margins from a record high vehicle prices.

Some methods adopted by car manufacturers are, first Nissan, the Japanese automobile manufacturer, is reportedly leaving navigation systems out of thousands of its cars and pricing it at a relatively more competitive price. Secondly, Arkana SUV by Renault has halted digital display in the car placed behind the steering wheel. Stellantis has made the digital rearview mirror a high-end upgrade as opposed to the earlier norm.

Primarily, robust supply-demand insights are garnered from the industry to create meaningful insights into the future and optimizing the inventory for the future. Secondly, advanced data analytics, integrated business models and machine learning is being employed to find the supply-side bottlenecks and rectify them. Finally, companies are offering extra payments and attractive contract terms to expedite the production process.

Global Market Database is your one-source destination for all of your market research needs. It covers the impact of global chip market in automotive industry. Login to the global market database and access a 10-year market forecast, regional market forecast and top 20 country market analysis for the same. 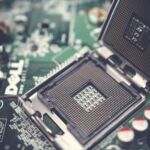 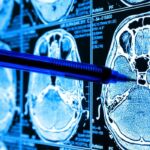