How Facial Recognition Technology Will Change the Face of the Security Industry?

What is Facial Recognition Technology?

Facial recognition is a manner of confirming the user’s identity using their facial features. They are used to identify people in photos, videos, or even in real-time. It is noted to be a category of biometric security. Some of the other forms of biometric software that are user-centric include fingerprint recognition, voice recognition, and iris or retina recognition. The market analysis states that the use of this technology in the security domain as well as law enforcement has been growing rapidly.

How does Facial Recognition Technology Work?

According to the market database, Facial Recognition is now a technology that has increased penetration within the B2C market as well. It is used as an unlock feature for phones, tablets, and other electronics. Facial recognition usually does not reply to a massive database to establish security grounds. It simply recognizes a sole user as the owner of a said device. The three major steps to facial recognition are face detection, face capture, and face match. Face detection is noted to be the initial stage at which the device detects and locates human faces in videos as well as images. Face capture is the process that is used to transform information into digital data as well as vectors that match a person’s facial features. Business intelligence tools state that the face match is noted to be a feature that verifies if two detected faces belong to the same person.

The algorithm for facial recognition functions uses two major functions, i.e. Identification and Authentication. Identification is the feature that asks “Who are you?”, while authentication further delves into the subject and asks the question, “Are you really who you are?” 2D and 3D sensors are used by facial biometrics to capture a face which is then transformed to digital data by applying an algorithm before comparing the image to the one in the database. Market database states that these automated systems can be used to identify an individual’s identity within a few seconds based on their facial geometry, i.e. spacing between their eyes, the contour of lips, bridge of the nose, chin, etc.

Market Dominance for Facial Recognition in the Biometrics Market

Market research tools suggest that facial biometrics is considered to be the preferred biometric technology within the total market. The ease of deployment as well as implementation is regarded to be one of the key features to bolster its usage. There is a negligible interaction with the user which serves as a key driver for this technology. Moreover, as per the market database, owing to the spread of COVID-19, the no-touch feature of the technology serves as a key driver for security operations. Additionally, it is noted that face match, as well as face detection processes, are speedy. Some of the top face recognition technologies in the market include Google, Apple, Facebook, Amazon, and Microsoft (GAFAM).

Applications for Facial Recognition Software and Devices within the global market

Business Intelligence tools suggest that Amazon was noted to have marketed, Rekognition as its cloud-based face recognition solution which was to cater to law enforcement organizations. However, in a blog post from June 2020, the business announced a one-year moratorium on police use of their technology. This was done to give time for new US federal legislation to be passed to defend human rights and civil liberties.  Moreover, face recognition technology is also used by Apple to let customers unlock their phones, check in to apps, and make purchases swiftly.

In terms of the airline sector, it is noted that British Airways makes use of facial recognition for passengers boarding from the US. The faces of passengers can be scanned by a camera to verify their identification and allow them to board a plane without having to produce their passport or boarding pass. The technology has been used on UK domestic flights from Heathrow, and the airline is aiming to implement biometric boarding on international aircraft departing from the airport. 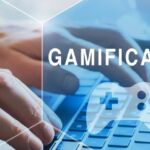 How Gamification Can increase Businesses valueby GMD / May 7, 2022
Market Outlook for Fire Protection Systemsby GMD / May 20, 2022 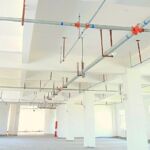