Both military and civilian vehicles are vulnerable to the devastating after-effects of fire which can lead to loss of human life as well as capital because of which fire protection services are pertinent to both domains. Global market database suggests that automotive systems are composed of highly flammable substances including Gasoline, lubricants, oil, electronic equipment, rubber, plastics, etc.  Civilian and military vehicles are also composed of fire ignition sources like electronic devices, friction, and heat are present in cars. External sources, particularly in military applications, can potentially induce fire ignition (aggression on the vehicle).  As per business intelligence tools, fire protection services are also deployed across commercial structures such as buildings and residential complexes.

To maintain passenger safety and retain vehicle mobility, adequate precautions and fire-fighting systems should be incorporated to limit the risk of fire in military and civilian vehicles. The sustainability of fire-fighting agents is anticipated to be one of the key factors that assess their market penetration as well as usability. Market analysis states that a shift toward green technologies has eradicated several techniques which were previously used in the past. Halon was once widely used in military and civilian vehicles as a fire-fighting agent, but it is now being phased out due to environmental concerns.

Common Causes of Fire and the use of Fire Protection/ Suppressants

According to market database, when both combustible as well as flammable substances are stored in close proximity the potential for ignition increases substantially. JP8 fuels and diesel are commonly used by modern-day military vehicles. Their fuel property indicates that the mentioned fuels have a high flashpoint. Thus they are noted to be a lesser fire hazard as opposed to commonly used fuels like gasoline. However, the use of hydraulic fluids and lubricants subsequently increases the risk of fire in modern-day military vehicles. Peacetime fires caused in the military, as well as commercial vehicles, are noted to have the same roots. Some of the commonly endured vehicle fires are due to leakage of flammable liquids, component fires, and overheated brake components.

Market research tools suggest that amongst fire suppression equipment, it is noted that heavy-duty vehicles are often equipped with hand-held fire extinguishers that are deployed on all military vehicles. They are used across applications that entail the suppression of small, slow growth fires. They cannot be used to suppress fast-growing fires caused as a result of the usage of explosives on the battlefield. The deployment of fast and automatic systems is critical for handling fires created in combat situations. Market analysis suggests that the Abrams,  Bradley fighting vehicle was noted to be integrated with the first fire extinguishing system. The vehicle was deployed by the US army. These systems were later used across Field Artillery Ammunition Support Vehicles and the Stryker family of vehicles. During Operation Desert Storm, it was noted that The Abrams BFV, as well as AFES, was reported to be effective in protecting vehicle crews from combat-initiated POL fuelled fires. Fire protection system components curtailed the penetration of fire into military systems in this case, thus protecting both human life as well as capital.

Types of Fire protection systems as per Market Database

Fire suppression systems for military, security, and civic protection vehicles are designed and installed by OEMs. Business intelligence tools suggest that the use of fire suppression systems across commercial vehicles is also noted to be of vital importance. Market research tools state that fire Protection vehicles can be quantified into two key verticals, i.e. Active Fire and Passive Fire Protection Systems.  These vehicle systems are considered an integral part of the design, development as well as deployment phases for modern military vehicles.

Passive fire protection as the name suggests comprises systems or components that impede or slow the spread of fire. Floor ceilings, as well as roofs, windows and wall assemblies, fire doors, and fire-resistant coatings, in addition to other fire and smoke control assemblies, are examples of passive systems. Active fire protection system components like fire dampers can be integrated across passive fire prevention systems. They are used to prevent the spread of fire and smoke. 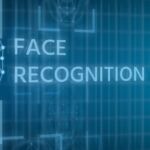 How Facial Recognition Technology Will Change the Face of the Security Industry?by GMD / May 12, 2022
In-Depth Analysis on Growth of Pharmaceutical Logistics Marketby GMD / June 4, 2022 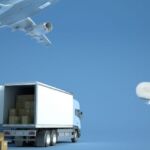