United States Solar Panel Market is expected to be one of the matured markets in sustainable energy. With time shifts and pace technologies, you have to push towards sustainable environmental growth. People now tend to use alternatives for traditional energy sources in order to save the environment. Solar system is a series of solar or photovoltaic cells that transform solar energy, that is, sunlight, into electrical energy or electricity. The method of directly harvesting energy from the sunlight is known as the photovoltaic method. Also, a PV detector is a self-generating barrier layer cell that converts radiant flux straight into electrical current. Therefore, electricity cannot be produced by heat from photovoltaic cell because sunlight is a must

Henri Becquerel made the photovoltaic effect observation, and generated energy directly from the sunlight. Thus, various nations have brought century-old thinking into practice. There are four variables that decide the performance of any solar electrical panel: photovoltaic cell capacity, load resistance, solar irradiance, and cell temperature. The production cycle sets the solar cell efficiency; today’s commercially produced modules are efficient at transforming solar energy to electrical energy from 3% to 17%.

The United States solar panel market is expected to see prominent growth rate due to robust federal schemes such as solar investment tax credit, increased demand for renewable energy across the public and private sectors and declined cost of panels. The United States solar panel market and its related installation markets have witnessed an investment of USD 18.0 billion in 2019. An installation capacity of 78 GW was witnessed that years throughout the market of United States Solar Panel. The United States Department of Energy has developed rules, guidelines and regulations that covers the licensing and registration, deployment, specification, and warranties of solar photovoltaic systems. The business in North America was estimated at USD 25.3 billion in 2019.

Asia Pacific held 33.0% of the highest market share and was estimated at USD 38.0 billion in 2019. China was the biggest contributor to the generation of market revenue in 2019. China has many solar farms that include the largest floating farm in the world, sufficient to produce 40 MW of electricity. The nation also holds a prominent role in exports to the world of solar photovoltaic panels.

The estimated cost of a 5kW residential size device is between USD 3 and USD 5 per watt, which results in the range from USD 15,000 to USD 25,000. That expense is before any tax deductions and bonuses. Many systems do not need much maintenance and are built to last 20 years or more with little change in the amount of electricity generated. For certain regions in the United States with extraordinarily high electricity prices such as Hawaii, the Department of Energy has projected cost savings of more than USD 60,000 over 20 years. The estimated annual energy usage for the US residential utility customer is 10,972 kilowatt-hours (kWh) per year or an estimated 914 kWh per month. This implies that if each household were to install enough panels to offset its energy bill, the total savings for installation of a residential solar system in 2020 would be USD 1,408 per year, this is a huge impact that can drive the United States solar panel market.

Its costs, development and supply are expected to remain in chaos in the midst of the Coronavirus outbreak. 60% to 70% of all solar output comes from China. Chinese residents have been in a lockdown system in the hopes to prevent disease transmission. It means that plants and businesses are either empty or not completely staffed. Slow production will result in large-scale product gaps and delays, a rise in prices and companies being unable to complete installations.

The increased demand in the industrial sector illustrates the changed preference from traditional to non-conventional types of energy sources. Many companies around the world invest extensively in panel and equipment construction. The global demand is driven primarily by the skyrocketed number of solar power plants in a variety of vertical industries. The high initial investment involved in the construction has restricted the growth of this market to some degree. However, the relative cost-effectiveness of solar panels, in the long run, has contributed to a rise in the popularity of solar panels. This is the need of every house today, and everybody needs it to be installed. They are completely safe and do not pollute the climate. 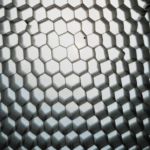 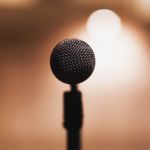