Speech analytics market initially became popular around 2002. Its impact has grown significantly since then. Today, for businesses who want to maximize productivity, operator productivity, compliance, sales and consumer engagement, the level of precision of these applications and the pace of consumer insights they deliver have made it a must-have versus a nice-to-have. With the growing demand for data for corporations, speech analytics market has expanded to cover more than just telephone calls. It can evaluate communications via phone, email, text, webchat, and social, also known as customer experience analytics, interaction analytics, and voice of customer analytics. The speech analytics market transcribes 100% of interactions and converts them into searchable, organized information that can be used by organizations to obtain insight into what clients feel or think.

Originally referred to as audio-mining, in which audio files were translated to text to make searches of particular terms or keywords, it can now include in-depth phonetic-based searches with the potential to identify certain feelings conveyed on a phone call as well as patterns within a call, including hold times, silent gaps, or caller-talking agents. Call centers can provide improved customer experience through emerging technology, including real-time analytics, emotional analytics, and artificial intelligence.  According to a survey, an impressive 72% of organizations agree that speech analytics market would lead to enhanced consumer experience, 68% consider it a cost-saving tool, 52% believe that the implementation of analytics system would contribute to an improvement in sales.

The majority of consumers equate silence with an agent’s negligence. A major insurance corporation noticed that about 74% of silence periods were indeed correlated with a lack of information leading to a poor customer experience. Through a speech analytics system, they ran every dialogue, giving them a good understanding of which agents had the lengthiest silence periods. They followed-up by continuing to examine right before the silence time what had been said. By doing so, they learned unique problems for which more training was required by their operator. According to the problems outlined, specified training increased efficiency by more than 20%. Also, customer experience became more pleasant and satisfactory.

In a case, study cited by an industry consulting group, one company in the United States said it might analyze the variations of high and low speech rates in design and implementation to determine various emotional factors by listening to simply 10 seconds of an individual communicating. For example, the analytics system identified the core emotions of practicality, frustration, and authority, with subtle signs of provocation, cynicism, and ridicule, in an analysis of a clip of President Barack Obama talking in a debate against then-Republican presidential nominee Mitt Romney. The same organization reports that for phonetic language, its speech analytics system is 81% accurate and 75% accurate for tonal languages such as Mandarin Chinese and Vietnamese.

The North American speech analytics market was valued at USD 614.1 million in 2019. The increase in the number of contact center company in the United states credits for the rise in the value of speech analytics system. Between April 1, 2019, and June 30, 2019, the call center company in the United States gained 20,499 jobs after the previous quarter’s gain of 7,965 new jobs, according to jobs4america. New deployment areas such as increased demand for cloud analytics and risk management tools, and the need for real-time and analytical capabilities are other factors for the rise call center company in the North America’s rise in analytics market. The heart of the adoption curve in the United States is also a rising focus on customer experience.

One other example is of Desmer telephone contact center, part of Sekerbank, one of Turkey’s largest financial institutions, tried to boost the outcomes of consumer transactions, but there were no manual means of reliably reviewing all the calls that came in regularly. The bank was also mindful of the effect on consumer loyalty of unpleasant consumer experience and the impression of its overall corporate profile. The bank agreed to accept speech-to-text technologies that could discover root causes and latent perspectives through analytics system by transcribing calls to digital text. Along with a speech analytics system the bank also introduced an application for emotion detection that evaluated and reported substantial results on dysfunctional conversations arising from consumer experience of frustration by using as evaluative metrics the ratios of anger, monotony, disruption, and silence. 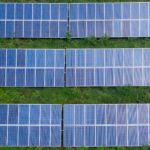 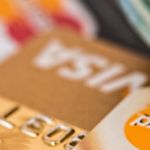