Healthcare spending in the UK

The U.K. healthcare market is one of the thriving sectors globally. It is an advanced and most productive life sciences segment found worldwide. Moreover, the U.K is currently the world leader in terms of manufacturing and marketing clinical products as well as pharmaceuticals.

There are roughly 5,600 life sciences companies based in Britain. The world’s top 20 key players in the pharmaceutical market are operating in the region. Britain is stated as one of the largest biotechnology clusters. According to the market database, the biotechnological advancements and R&D expenditure within this area have accelerated its growth. It currently accompanies Boston and San Francisco Bay area amongst the top 3 biotech markets globally.

The healthcare market bolstered a total annual turnover of USD 92.91 Billion in 2020. USD 39 billion out of the turnover was composed of international exports of life science-based products. In terms of employment, the healthcare sector employs roughly 240,000 people nationwide. The planned spending for the Department of Health and social care in England is valued to be USD 186 Billion in the year 2020. The majority of this revenue obtained (USD 176 Billion) is spent on day to day items such as staff, salaries, and medicines

The nationalized healthcare system treats a million patients every 36 hours. National Health Service (NHS) is determined to collaborate with the private life sciences sectors located across the region. Additionally, the life sciences sector Deal 1 funding in 2017 of USD 114 Million is committed to sustaining technology innovators and the NHS. Followed by the funding, the National Institute for Health and Care Excellence (NICE) and Accelerated Access Collaborative (AAC) streamlined a pathway to make healthcare facilities more accessible to the patients. This strategic alliance aimed to transform the face of the U.K.-based healthcare to aid quicker and cheaper delivery of transformative new technologies to patients. According to the market database, the government has the ambition to triple industry contracts and collaborative R&D spending in the NHS to an estimated amount of over USD 1194 Million per year.

According to the market database, the Britons paid a remuneration worth roughly USD 8 Billion to procure healthcare insurance in the year 2017. This cumulative amount accounts for 3% of the medical funding structure. According to the Consumer Price Index (CPI) for the healthcare services, it is seen that the medical amenities present cost 21 % in 2019 as compared to the year 2015. On further analysis of the data, it was observed that the CPI increased by 5% in the year 2018- keeping 2015 as the base year.

According to healthcare market research reports, it is seen that the market is driven by factors like the rise in the purchasing power of the consumer. As the disposable income for the population increases, their ability to purchase products and services also increases, they are directly proportional.

According to the market database, one of the major components that stimulate the healthcare industry is regional demographics. The average life expectancy of citizens born in 2020 is expected to be 81.15 years, while the healthy life expectancy is anticipated to be 63 years approximately. Additionally, the fertility rate is estimated to be 1.7 as compared to the EU’s average of 1.6. The ideal fertility rate is 2.1 at which each generation replaces itself.

According to market research reports, it is seen that the number of people above the age of 65 is 1,059,213 in London. Additionally, London is one of the geographic locations in the region with a maximum ratio of people between the age of 55-64. The value ranges to 1,421,743 individuals on an average scale. As the population exceeds the healthy life expectancy, the number of citizens reliant on the health care sector also increases.

The market database states that the COVID-19 fatality rate in the U.K. for citizens above the age of 80 was about 14% which is higher than other age groups. Moreover, as for the number of hospital beds per 1000 citizens, it is seen that the value is roughly 2.4, that is 127708 hospital beds are available per night. The statistics obtained state that there is one bed available for every 430 citizens who could be potentially affected. This value is 43% less as compared to the data obtained from healthcare market research reports in the base year 2000. 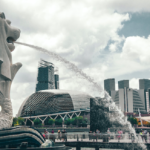 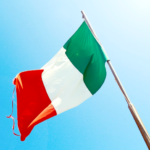