The infant mortality rate in the healthcare sector in Italy for the year 2019 was approximately 2.517 deaths per live births. In Healthcare Market in Italy compared to 2018, is roughly 3.23% less. Therefore, a steady decline in the rate can be observed as per the graphical trend.

The life expectancy rate in Italy was 83.42 years in the year 2019. This value was about 0.17% lesser as compared to the expectancy rate for 2018. The shift in line with the changing health scenario for Italy has remained almost steady for the past three years owing to the free health care treatment provided throughout the country for enlisted citizens. Moreover, Italy falls under the category of a relatively warm and sunny country, leading to a greater probability of contracting skin cancer as they are exposed to direct UV radiation from the sun.

Italy’s healthcare market spending accounted for a GDP of 8.84% in the year 2017, translating to an amount of USD 2840 per capita spending on health care services. The life sciences expenditure increased by a value of 3.6% as compared to 2016.

In 2019, the Italian government faced several budgetary constraints due to a fiscal deficit. The spending plans were addressed controversial since the authorization of the budget was closely watched by the European Union (EU) commission. The EU commission required government spending to not exceed a value of 3% from their overall GDP due to Italy’s high debt rating. The Euroskeptic country’s budget was expected to shape its ongoing rift with the EU. The high-level public debt was expected to expose the nation to several potential shocks.

National Health Service (NHS) was introduced in the year 1978. It is a mixed public-private health care facility that caters to the needs of the population through a network of highly educated health care professionals. The ministry of health organized Servizio Sanitario Nazionale (SSN) as a part of the public health services that could be procured in Italy. This amenity was administered on a regional basis.

The employment of family doctors falls under the SSN services although they are made to abide by some statutory laws. The medical facility provides visiting hours that account for roughly five times a week. According to the market database, specialist services and diagnostic tests are provided by both public and private hospitals on a contractual basis under the surveillance of the NHS. Treatments that are covered by the public system and a small co-payment include tests, medications, surgeries during hospitalization, etc.

The surgeries and hospitalization provided by public hospitals or conventional private ones are entirely free of cost irrespective of the person’s income. Due to this facility, the waiting time in case of surgeries can be months long especially in huge cities across this geographic spread. The Italian National Outcomes Program supervises the variation in the quality of treatment and the outcome of care. The geographic variation for the standard of treatment is very high within Italy. One of the major factors that drive this statement is the movement of patients to different locations to obtain optimum services.

According to the market database, the emergency medical services within Healthcare Market in Italy consist of a combined force of volunteers and private companies who provide ambulance services. This primary workforce is supported by doctors and nurses who perform All Life Support Procedures. These services are generally free of charge for both documented as well undocumented people living in that area. 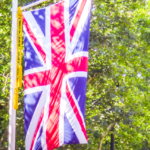