The Importance of Embedded Systems Design

Over the years, computer experts have pursued the difficult task of fitting increasingly powerful computers into and onto smaller chassis and printed circuit boards (PCBs). The fundamental reason for this is to meet the growing demand for more compact, dependable, energy-efficient, and cost-effective computer systems. As a result, consumers are still seeing boundary-pushing size, weight, power, and cost (SWaP-C) advances in the field of embedded systems. Embedded systems are special-purpose computer systems that provide specialized support and are embedded in application environments or other computing systems. The development and deployment of embedded system designs in a wide range of application contexts has been aided by the falling cost of processing power, memory, and the ability to create low-cost systems on chip.

The Apollo Guidance Computer, built in the 1960s for the Apollo Program by Dr. Charles Stark Draper, was the first modern, real-time embedded computing system. For the Apollo Command Module and Lunar Module, the Apollo Guidance Computer was designed to collect data automatically and perform mission-critical calculations. Later, Intel released the Intel 4004, the first commercially available microprocessor unit, in 1971. It was an early microprocessor that required external memory and support devices. The National Engineering Manufacturers Association published a standard for programmable microcontrollers in 1978, which helped to improve the design of embedded systems. Memory, input, and output system components were later incorporated into the same chip as the processor in the 1980s, resulting in a microcontroller. Microcontroller-based embedded system design is now used in almost every aspect of consumer’s daily life.

Given the breadth of application sectors where embedded systems are used, their value has only grown with time. Embedded systems have long been employed in a variety of important applications, including military applications, avionics, automotive, telecommunication, traffic management systems, and other various consumer applications. Embedded systems are computers that are built to perform a single task rather than being a general-purpose computer that can perform several tasks. Some have real-time performance needs for reasons like safety and usability; others may have low or no performance requirements, allowing the system hardware to be simplified to save money.

Embedded systems have been used in medical equipment at healthcare institutions for a long time. Embedded systems are being used in a new class of medical gadgets to assist treat patients who require ongoing monitoring and treatment at home. These systems have sensors that collect data about a patient’s health, such as heart rate, pulse rate, or implant readings, and send it to a cloud where a doctor can study patient data on their device wirelessly.

Embedded systems are widely used in transportation systems, from aviation to automobiles. Advanced avionics, including as inertial guidance systems and GPS receivers, are now standard on new aircraft, and they come with stringent safety requirements. Electronic motor controllers are used in a variety of electric motors, including brushless DC motors, induction motors, and DC motors. Embedded systems are rapidly being used in automobiles, electric vehicles, and hybrid vehicles to improve efficiency and minimize pollution. Anti-lock braking systems (ABS), Electronic Stability Control (ESC/ESP), traction control (TCS), and automatic four-wheel drive are some of the other automotive safety systems that use embedded systems.

The widespread use of embedded systems emphasizes its significance, especially when contemplating the consequences of its failure. A failure of an automated pilot system or a car brake system, for example, can result in a major loss of life. Failure of an electric power system can result in death or, at the very least, a loss of quality of life. On the other hand, failure of a factory’s production control system can result in a large loss of revenue. To reach the requisite performance requirements and achieve the essential dependability, consumers’ reliance on embedded systems necessitates the development and implementation of novel architectural and design methodologies. 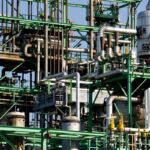 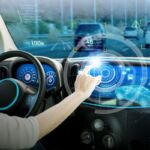