Motion sensor market gained its importance as anti- burglar detector system in 1950 by Samuel Bango. To detect fire or intruder, Samuel Bango applied the fundamentals of radar to ultrasonic waves frequency to which human beings cannot listen to. The system developed by Samuel is centered on the “Doppler Effect” concept. Most of the systems actually operate on the concept of Samuel Bango’s detector. In smart homes and smart cities, many of the most common recent IoT technologies include motion sensors. They are a quick and efficient way to conserve energy while collecting valuable data, from surveillance devices to lighting and more.

End users in the Motion sensors market are mainly used in home and organization surveillance devices, but they can also be used in smartphones, gaming consoles, paper towel dispensers, and virtual reality systems. The systems are usually integrated devices with three main components a sensor unit, an embedded device, and hardware or a mechanical device, unlike many other types of sensors that are handheld or isolated. In size and design, these three components differ, as systems may be configured to perform extremely specific operations.

There are three commonly used types known as Passive Infrared (PIR), Microwave, and Dual Tech / Hybrid. The PIR is a sensor system that is seen normally with a white cover, as a person enters a restroom or an office area. They are compact, low-power, easy to use, and affordable. The way it detects movement is by detecting the difference in temperature between the environment and a warm body. To track movement, microwave sensors use constant waves of microwave radiation, similar to how a radar speed gun operates. It sends out a high radio frequency and, by detecting a frequency difference, tests the reflection of an entity.

The motion detector is triggered if it senses a frequency shift. A wider area than PIRs can be reached by microwave sensors, but they are more costly and can be prone to electrical interference. Its flexibility to penetrate the material of the see-through wall would trigger multiple false alarms. To get fewer false alarms, there is a technology that integrates both PIR and microwave sensors. A sudden increase in room temperature can cause the PIR to go off while an object can be moved by wind and the microwave sensor can be activated. Both sensors would need to experience shifts with the Dual Tech / Hybrid, which would activate it, allowing false alerts to be relatively low. The global demand in Motion Sensors Market can be accessed from Global Market Database, which is the World’s first cloud based B2B dynamic market research platform. Registered users can access global markets, logon to Global Market Database to register for free.

In terms of the technological advancement and implementation of sensors in motion-sensing technologies, Germany has experienced tremendous changes. Some of the new developments in Germany include a safer alternative for residential use, improved monitoring, and saving consumers money against increasing energy costs. A few other primary drivers that have fueled the motion sensors market in Germany have also been the rise of the automobile industry, along with the increased use in smart home automation.

Simple lighting control is one of the developments adopted in Germany that is growing the motion sensor market. The installation of a PIR sensor and then configuring it to the Home Automation system allows us to turn the light on as soon as the activity is sensed. This technology makes it possible for lights to switch off again after a given period of time where no activity is felt which proves beneficial to consumers.

Aerospace & Defense and Automotive are the two business verticals leading the graph in the contribution to the German motion sensors market. Technological developments have led to the advent of compact sensors with maximum efficiency and reliability. The growing demand in the industrial sector of Germany is also motivated by a rising need for energy-saving machinery. The evolving scenario requires energy-efficient appliances and goods because industries are in an energy-saving mode. Also, the desire for a decrease in the average car weight fuels the demand in German automotive motion sensor market. 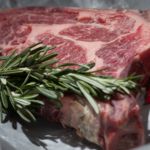 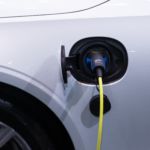