Semiconductors as the name suggests have an electrical conductivity between that of a conductor and an insulator.  The material is produced through a manufacturing process called doping which facilitates the free flow of electrons.  Doping is typically the process used to introduce foreign particles within the Si lattice to form P-Type or N Type semiconductors depending on the dopant. The flow of electricity across these materials is due to the presence of electrons and holes. For instance, Silicon is a popular semiconductor material. On an atomic level, Silicon has 4 free electrons which can form covalent bonds with adjacent atoms. On doping, the lattice tends to contain free electrons owing to which electrical conductivity is instilled.

The US is regarded as the Global leader within the semiconductor industry market contributing to roughly 47% of the market revenue generated annually. On studying the economic stance of this nation, it is to be noted that the semiconductor vertical directly employs 277,000 people. As per the multiplier effect, the overall employment generated by the semi-conductor sector through direct, indirect and induced employment is accounted to be roughly 1.6 Million. Semi-conductors are one of the top 4 export segments within the US after aircraft, refined oil and crude oil.

One of the key reasons for the growth in the US Semiconductors market is the increased investment in R&D. Roughly 1/5th of the earnings generated from most verticals are invested into building a strong innovation industry infrastructure to support the growth of the concerned market. An investment of roughly USD 44 Billion was made in the year 2020 by the US. The semi-conductor market experienced a supply shortage in the year 2020 owing to the increased demand instilled by the pandemic.

The top 5 companies within the Global semiconductor industry include Intel Corporation, Samsung Corporation, NVIDIA Corportation, Texas Instruments Incorporated, Broadcom Inc.  The company Intel generated a revenue worth USD 241.88 Billion in the year 2020, while Samsung generated a sales value of USD 221.6 Billion. It is to be noted that Samsung is headquartered in South Korea while the rest of the companies reside within the US. The market presence of key players within the US vertical is anticipated to drive the growth margins for this regional segment.

The introduction of android smart phones, laptops and various other gadgets are some of the key technology based segment that account for a major share of the value chain within this sector. The increased reliance on technology over a day-to-day basis is one of the key factors to propel the growth associated with this market. Other factors like the rise in automation of Industrial equipments and machinery is anticipated to be a key growth variable within the Semiconductor industry.

Some of the upcoming technologies that are expected to boost the growth of the semi-conductors sector are AI (Artificial Intelligence) and IoT (Internet of Things).  US’s grappling hold on the semiconductors segment is anticipated to further drive the market growth in verticals like IoT and AI. The introduction of Industry 4.0 is another factor which is expected to boost the market penetration rate for both AI and IoT across global markets.

On studying the value chain, another key vertical within this market is noted to be Chip security and In-house chip design. The growth in adoption of IoT results in a consequential increase in cyber attacks and threats posed to information. Additionally, the increased use of gadgets leads to a rise in the volume of data thus instating the requirement for enhanced data security. One such notable instance took place in the year 2018 due to the Meltdown and Spectre scandals which exposed chips to cyber attack. This security breach led to an increased demand for chip security.

Technologies and Innovation in Semiconductor industry

The innovation industry trends within the Semiconductor industry are consistent with Moore’s Law which states that the number of circuits on microchips double every two years. A variation of semiconductor materials has proven to stand by this theory. The growth in R&D investment within the semi-conductor market is one of the key drivers within the same.

According to studies, scientists have been revisiting Germanium as a semi-conductor material for its usage in transistor fabrication. This is predominantly due to the high speed movement associated with the free electrons within Germanium. Innovation industry suggests that the free electrons within Germanium move 4 times faster as compared to that in Silicon thus providing an opportunity to decrease the lag time within a circuit. Some of the other materials presently under study include Tin oxide, Graphene, Pyrite, etc. 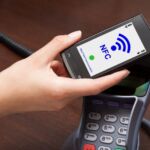 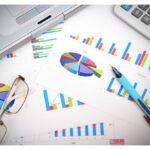