Embedded Subscriber Identity Module or simply eSIM, is defined as a reprogrammable hardware chip that is soldered in an electronic device.

The size of eSIM is smaller than a nano sim and provides various advantages. The chip can store data with the help of radio signals which can be utilized by the Mobile Network Operators (MNOs) for various cases. Most commonly it is used to authenticate the identity of the user with his or her carrier.

The innovative chipset is versatile and is utilized in different business verticals. Major advantages offered by eSIM include support of multiple accounts, ease of switching to various mobile network operators, enhanced communication, improved reliability, security, and being cost-efficient.

According to the market database, the increased adoption of Internet of Things (IoT) technology has propelled growth in this market. This has contributed to transformative smart solutions offered by the industry. Such smart solutions have led to increased use of machine-to-machine communication (M2M). A growing need is witnessed for a fast, secure, and robust digital communication system that favors the growth of the eSIM market.

Remote provisioning has further contributed towards the growth. Remote provisioning is defined as the process to download an operator profile to an active SIM and change or delete the subscriber identity profiles without the need to have physical access. This has led to the more ubiquitous use of eSIM in the telecommunications sector.

Standardization of hardware and operational modules by government agencies has attracted the attention of more market players. Increased subsidies and incentives provided by the government for the manufacturers are expected to aid the growth of this market.

Further acceleration in the eSIM market is contributed by smart solutions such as driverless vehicles, smart meters, smart cities, automatic security systems, robot process automation, smart agriculture, and other IoT-enabled technologies. For the IoT infrastructure, eSIM has acted as a crucial enabler for enhanced communication.

According to the market database, the industry factor is the reduced cost of hardware such as sensors and actuators. This is expected to drive large-scale adoption of connected devices and supporting the growth of the eSIM market as well. Increased competition among the service providers which allows easy migration of consumers is expected to drive more investments in this market.

The eSIM market is divided based on applications which include connected cars, laptops, machine-to-machine communication, smartphones, tablets, wearables, and others. High growth opportunities were observed in connected cars.

Various business verticals have adopted the use of eSIM technology such as automotive, energy & utilities, manufacturing, retail, consumer electronics, and transportation & logistics.

According to the market database, the consumer electronics vertical has dominated the share in the eSIM market. This is due to the increased demand for secure, fast, and reliable data communication systems. Key market players have started to integrate enhanced artificial intelligence (AI) and machine learning (ML) capabilities. This is had led to real-time access to data and improved customization. The key players for the Semiconductor module can be studied using Global Market Database. The market research tool is updated every quarter.

Cloud adoption has led to a greater share in the connectivity service vertical. It provides solutions that can remotely handle cellular subscription services. Hardware devices have also witnessed increased participation by key market players. For instance, major smartphone manufacturers have started to integrate eSIM into the devices to save space.

COVID-19 and Other Restraints:

Despite the worldwide COVID-19 disruption, the eSIM market proved to be resilient. Apart from the supply chain constraints experienced by the manufacturers, the eSIM market witnessed increased adoption. Several business verticals across large, medium and small enterprises realized the need to shift towards digital capabilities to drive business growth. This has allowed market players to be more agile, robust, and innovative in their offerings.

The large-scale adoption of IoT-enabled devices has increased the need to provide enhanced security provisions. Technologies like AI and IoT have been redefining the ICT sector. The market trends for this market research tool can be used to study the industry trends for this sector.

Numerous advantages are provided by eSIM in the connected ecosystem, it becomes imperative to provide a secure and stable communication system. The eSIM can store a large amount of data of mobile network operators and related participants which poses the threat of cyber-attacks that can compromise sensitive information. Deployment of improved security architectures leads to more costs which can act as a barrier.

According to market research tools, the complete value chain of the eSIM market is very complex and involves many interconnected stakeholders. The stakeholders need to be in uniformity to provide standardized and qualified devices that comprise software and hardware modules. A single deviation in the value chain can lead to larger recalls.

According to the market database, North America has dominated the eSIM market in the past few years. This is due to a large number of service providers in the area and advancements in technology. For instance, in the year 2018, one of the major companies in the U.S constructed the industry’s smallest, lowest power, and multi-mode cellular module. Global Market Database can be used to analyze the country-wise competitive mapping for this sector. The overall growth dynamics and the business outlook for this sector can be examined using this cloud-based market research tool.

This device is meant for rapidly growing markets for asset tracking and connected industrial equipment. Along with applications in the smart city, healthcare, agriculture, and wearable market.

Europe is another region that has contributed to the growth of the eSIM market. Germany is regarded as a major player within this region. Greater interventions by government agencies propel transformative growth in this region. For instance, in March 2018, the European government implemented an eCall regulation, where all new passenger vehicles are to be equipped with eCall technology.

Furthermore, constant policies on standardization of technical and operational modules for the eSIM supply chain by the European Telecommunication Standard Institute (ETSI) and GSM Association (GSMA) are expected to drive growth in this market.

According to the market database, the Asia Pacific region is observed as the fastest-growing region in the past years. This is due to the increased penetration of consumer electronic devices that enable the use of eSIM. Greater innovation in smart solutions in this region is another factor that has contributed to the growth. China has dominated the market in this region due to large-scale manufacturing and faster adoption.

India is another essential player in this region. For instance, in 2016, India surpassed the U.S to become the second-largest smartphone market in the world after China. Furthermore, internet service providers in India have started to offer services at competitive prices which are expected to sustain the demand in this region. According to the GSMA report released in 2018, the number of IoT connections in the APAC region accounted for USD 3.5 billion.

The increased demand for machine-to-machine communication fueled by IoT applications is expected to drive market growth. Government motivation along with increased participation by market players is expected to lead to more innovative and disruptive solutions. Cloud architecture, improved cyber-security mechanisms, advanced analytics, and smart solutions are key elements that act as catalysts for this market. 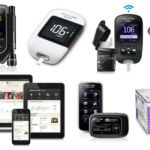 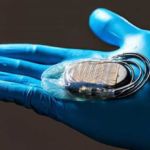