The Concentrating Solar Power (CSP) technique is used to convert solar energy into electricity. This technique is realized practically using concentrated solar power systems or plants. These large concentrated solar power farms are operated by mirrors or lenses which concentrate the solar energy to a dedicated receiver. The receiver is connected to a heat engine which converts the collected solar energy to steam, which in turn is connected to an electrical power generator to produce electricity.

The primary enabler for the concentrated solar power market is the increased need to tackle high carbon emissions. Government policies further drive incentives and investments in this market. According to the market database, solar power has now captured more attention by global market players to transform energy. Environmental Impact Assessment (EIA) tool states that solar was ranked the third most prevalent renewable electricity source in 2018.

CAPEX and OPEX for CSP Market:

The Levelized Cost of Energy (LCOE) is dominated by the initial investment costs. This is equivalent to the fourth-fifth of the overall cost involved in the project. The remaining cost is utilized for maintenance, operation, and insurance purposes. CSP can be built within 3 years depending on the objective and may be operated for almost 30 years. Several R&D projects are expected to improve the efficiency of the plant and decrease costs.

According to the market database, in terms of operation type, CSP plants are categorized into standalone systems and integrated storage systems. The only difference between the two types of models is the use of integrated thermal storage systems.

Integrated CSP projects have witnessed increased adoption due to the improved overall output of the project. For instance, based on the report compiled by National Renewable Energy Laboratory (NREL) and Global Energy Observatory (GEO) in the year 2018, 45.5% of the operational CSP plants worldwide are equipped with Thermal Energy Storage (TES) systems. The capacity mapping for this sector can also be studied using Global Market Database. The brand provides customized market analysis reports as per the end-users requirement.

The capacity of a CSP plant is dependent on the objective and geographical location. Less than 50 MW capacity projects are highly region-specific and have experienced a low share in the market. CSP plants in the range of 50 MW to 99 MW have observed an accelerated adoption. This provides a tradeoff between the output and the initial cost of construction. More than 100 MW capacity plants have dominated the market. They experience a large initial investment but at the same time provide increased and improved output.

According to a study conducted by IRENA in 2017, the overall cost of the CSP plant can be decreased by approximately 12%. This is achieved by expanding the plant size from 50 MW to 100 MW or more. The use of high-capacity CSP plants is expected to rise as it provides an improved capacity utilization factor. The business outlook for the CSP sector on a regional and segment level can be procured using Global Market Database. Dynamic market data is the core of the Global Market Database. The market research tool provides relevant and free market data that is updated every quarter.

Segment distribution for the CSP sector:

CSP plants have varied applications, increased adoption is observed by the emerging nations. According to the market database, the utility sector has dominated the market for use of CSP techniques. This is due to the increased demand for residential power in different countries and the need to stabilize the power grid. The second major use case for CSP has been witnessed in Enhanced Oil Recovery (EOR) methods. The steam produced by concentrated solar power techniques is used to recover oil in an improved manner. Further use cases are observed in process heating, mining activity, and desalination plants.

Market research tools state that the Asia-Pacific region has dominated the CSP market. The compounded growth for the APAC markets is due to various contributing factors. Some of these attributes include low manufacturing costs, economical human capital, high solar irradiance, and aspirational renewable targets set by the countries in this region. Market research tools state that the Middle East is another which has experienced active participation. For instance, in 2017, UAE invested over USD 2 billion toward the adoption of solar energy.

Due to the COVID-19 pandemic, the market witnessed a decrease in overall projects. This was due to supply-chain constraints that were highlighted due to the pandemic as many countries went into lockdowns. The renewable energy industry experienced lower investment in the year 2020.

Increased R&D activity along with stronger government policies is expected to drive the demand in this market. For example, the majority of CSP projects constructed in the U.S were sponsored via the Department of Energy’s (DOE) loan guarantee program.

Innovative solutions developed by active market players have reduced the operational costs of the projects. For instance, a leading U.S company developed solar-cured coating, this coating was designed for a longer service lifetime and higher absorbance than the standard coating to reduce O&M costs.

CSP projects provide the dual benefit to tackle climate change and improved operational efficiency. Constant government involvement is expected to drive the demand for emerging nations. Improved integrated battery storage solutions are expected to reduce the initial costs which act as a barrier. Increased demand from the end-user for clean energy has helped in the improved market environment. 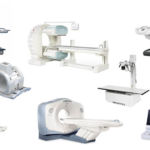 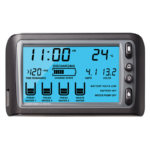