A heat Exchanger as the name suggests is a device that is used to transfer heat from one medium to another while making use of utilities. The utilities used often consist of two fluids that flow in close proximity to one another and are separated by a material with strong heat transfer capabilities, frequently metals.

Market analysis suggests that there are two distinctive types of utilities that come into play within a heat exchanger, i.e. Hot and Cold. As they both move through the heat exchanger, the hot utilities, i.e. the fluid with the greatest initial temperature, transfer heat to the cold utilities. Thus, using the basics of heat transfer, the temperature of the hot utility is lowered while that of the cold utility is raised.

Heat exchangers that are used for automobiles with an internal combustion engine are as follows: heater, radiator, evaporator, condenser, oil cooler, as well as charge air cooler depending on the heating and air conditioning associated with the passenger compartment. The market database suggests that the engine size and the output power requirement are detrimental factors that define the types of Heat exchangers integrated into an automotive system. Factory-built radiators were introduced into the market in the year 1910. As per market analysis, rapid growth was witnessed in the design, analysis, as well as manufacturing developments. The burgeoning market competition since the 1980s within the heat exchanger segment has resulted in an optimized version of these heat exchangers. They are compact, efficient, durable, and have a lower price range as compared to the initially developed models.

The application of heat exchanger in vehicle

The market analysis states that in the case of heavy-duty race cars as well as automobiles, it is noted that the purpose of a vehicle heat exchanger is not restricted to merely heat transfer, it also ensures that the thermal breakdown of the working fluid does not take place. Market research tools state that the chemical breakdown and degradation of oil and its additives occurs when temperatures in oil are too high. Its viscosity and other physical characteristics are altered by this. Aluminum is used for the majority of heat exchangers in modern automobiles because of its lightweight, great availability, and excellent thermal conductivity. Water is used in radiators because of its excellent thermal conductivity and high heat capacity. Despite being added to help the cooling system, ethylene glycol actually reduces the conductivity of the water mixture. Its goal is to raise the boiling point of water and reduce the freezing point.

Key components in a vehicle that function as heat exchangers

Fins are another medium of heat transfer that provided an additional surface area for the transfer of temperature. They are used to conduct heat from the tubes and dissipate the same efficiently. The fluid which is used is noted to be a mixture of water, ethylene glycol as well as small amounts of corrosion inhibitors. Intercoolers are noted to be another type of heat exchanger which is commonly used which is used for air-to-air and air-to-liquid heat transfer.

High performance and compact design are two of the main characteristics when it comes to the design of a heat exchanger. The conductivity of the material used for heat transfer is also one of the important factors in terms of HEX design. Copper, brass, and aluminum are some of the materials used for the design of a HEX. The layout of the heat exchanger used depends on the application. In the case of heat exchangers for modern light vehicles, business intelligence tools suggest that up to 10 HEXs have been integrated into the basic design of the same. 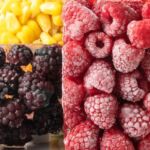 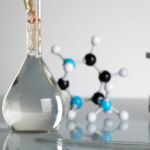