The popularity of frozen foods has been growing within the market given the population’s increasingly demanding schedule. The requirement for quick and healthy, on-the-go alternatives has now increased. The use of frozen foods provides ready-to-cook meals which can be quick and nifty in the case of a time crunch.

The frozen foods market experienced a sales bump, especially during the pandemic owing to the increased number of consumers stalking food to prevent venturing outside.

Business intelligence tools state that the pandemic caused a supply chain break-down which in turn increased the time of transit associated with frozen foods and other products. The increased time in the logistics and transportation of products led to a comparatively reduced shelf life associated with the product. The perishability of frozen foods is thus considered a key market restraint. Additionally, on making a relative comparison to pre-pandemic levels it is noted that the number of physical shoppers has reduced substantially.

As per a secondary research-based market analysis conducted across a database of 2000 people, it is noted that the prices for fresh foods have increased by a value of roughly 65%, i.e. 8 points from the previous survey conducted by the same secondary source. Approximately 82% of the recipients of this survey also stated that the prices for fresh foods had increased exorbitantly as compared to the previous year. The survey also suggests that as compared to the year 2019, the number of grocery trips made by consumers has reduced by a value of 8%. This plummets in value is primarily due to the increased use of e-commerce applications.

Impact of sustainable practices on the Frozen Food market:

Consumers are increasingly aware of the amount of food wastage and this is one detrimental factor that influences most of their purchase decisions. The comparatively cheaper prices associated with frozen foods as well as their convenience and nutritional value are noted to be some other factors that boost the sales associated with this product.

The market analysis states that a general perception amongst consumers is that fresh foods are healthier as compared to frozen foods. This customer review was mostly obtained from people in the 55 and older age bracket. This perception is true if the fresh foods are directly obtained from a farm, which is the primary source in this case. However, as per market research tools, most often fresh foods (fruits and vegetables) obtained from farms spend a few days in transit. Thus they are plucked in an unripe state, and they are noted to lose approximately 50% of their nutrients.

Contrarily, market research tools suggest that on making studying Frozen Food Vs Fresh Food, the nutritional content is preserved in the case of fresh foods because they are directly plucked from farms and stored in cold storage containers. Studies suggest that frozen foods have a higher content of antioxidants and vitamins as compared to fresh foods. Nonetheless, Frozen foods are noted to have gained a bad reputation because they have been processed. The spread of diseases like Salmonella, and listeriosis due to contamination are key market restraints for the Frozen food market. They contain a very high percentage of salt and sugar which are used to preserve the product during transportation.

Contrary to belief, research also suggests that the preparation of food and the method used for the same also adds or deduces the nutritional value of the same. Studies suggest that practices like blanching the food and cooking it in water lead to a loss of water-soluble nutrients. Instead cooking exercises like steaming, microwaving and roasting and grilling are suggested ways in which the consumer could retain more nutrients. Therefore, if the consumer cannot afford fresh food daily, they can make use of nominal cooking practices which can help preserve its nutritional value. 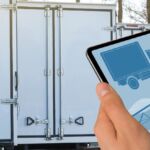 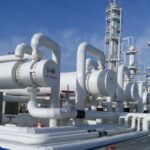