The fourth revolution of the industry is upon us. There were enormous efficiency gains in the preceding three revolutions: first steam and water, then electricity and assembly lines, and then computerization. The Internet of Things (IoT), which leverages the internet and computer technology to connect computers, equipment, and humans, is leading the fourth industrial revolution. IoT is defined as contributing to structural change by the World Economic Forum initiative. It is reforming the basis of competitiveness, redrawing market borders, and generating a new generation of businesses to satisfy the needs of existing productive assets and services. The application of IoT in the optimization of Industrial utility fluids can be studied using Global Market Database. It is a cloud based market research tool that studies the shift in line with changing market data.

Every year, global energy usage is increasing. Energy is one of the most critical industries we depend on for a wide range of things. The world as a whole has been highly dependent on energy to control different facets of our lives, even though we are striving to build more green-friendly ways of accessing energy and other utilities. In reality, our consumption of energy is on the rise, with no signs of slowing down, considering the vast array of households and businesses that exist. This has generated a serious concern. Energy businesses are now trying to scale at the rates they would need to satisfy this rising demand.

The energy usage of the world is expected to increase by 48% by 2040, according to the U.S. Energy Information Administration. As per free market data obtained from market research tools, energy demand in the United States alone is also expected to rise by 43% by the year 2022. However, many industries are unable to keep up, including the fact that many businesses struggle with outdated facilities and machinery. Also, with other options such as solar, wind, and more, if businesses do not keep up with this growing demand, they would further indefinitely lose control of this industry. According to Global Market Database, use of IoT technologies is expected to entirely change this industry for the better. The market research tool studies 600+ markets across 12 different industries. Thus, the various value chain segments of this market can be analyzed through this market intelligence platform.

Various industries such as hospitals, banking, manufacturing, and agriculture have improved with the advent of the IoT. Similarly, the introduction of IoT in utilities is supposed to minimize and help develop the challenges faced by the industry. The use of IoT in utilities would raise productivity, produce income, and save energy. IoT sensors may also improve the generation and delivery of energy and resources to help service companies keep up with the rising demand. Also, IoT sensors for oil and gas employees may enhance the health and safety of workers. Therefore, corporate leaders in the utility sector must be known about IoT, its advantages, and use cases.

In the power sector, supervisory control and data acquisition systems achieved prominence in the 1990s as a way of automating industrial processes. It was an early IoT prototype. Its roles involved overseeing the operation of programmable logic controllers (PLCs) by obtaining the underlying data collected, evaluating the data, and sending process control orders. Another early example of IoT, is smart meters that are capable of providing near-real-time usage data and connecting and/or disconnecting users, all without visiting the user venue. The real time access to data is one of the key advantages of IoT based technologies. It promotes reduced response time and technical innovation amongst process components. The drivers associated with this market have been studied using Global Market Database. The market research platform provides free market database across the global markets.

The major concerns of old power plants are reliability, performance, environmental consequences, and maintenance problems. High energy losses and unreliability arise from the aging of machinery in the power sector and poor maintenance issues. Facilities are more than four decades old at times, very costly, and can’t be readily replaced. In power plant management, IoT would lead to reducing most of these difficulties. Internet-connected systems can identify any operational fault or irregular drop in energy quality through the application of IoT sensors, indicating the need for maintenance. This improves the system’s stability and efficacy, in addition to reducing maintenance costs.

According to market database procured from market research tools, it is studied that an IoT-based power plant would save USD 230 million over its lifespan, and if fitted with the IoT platform, an existing plant of the same scale would save USD 50 million. The IoT and its supporting technologies play a key role in tracking processes during manufacturing. Global Market Database studies the penetration of IoT within industrial applications and provides a competitive mapping of the sector. Some Examples of monitoring equipment are gateway systems, IoT hub networks, web servers, and cloud services that are accessible via smart mobile devices.  The applications of this system can be studied using this cloud based market research platform. To use the IoT more effectively, it is possible to detect devices that consume more energy than their nominal energy level by mounting sensors on each component of an industrial site. Thus, it is possible to effectively control a single component, repair component faults, and maximize the energy usage of each component. This contributes largely to the loss of energy in smart factories being minimized.

At a 700-megawatt (MW) coal-fired generation plant in a large European electrical facility, C3IoT has implemented a predictive maintenance solution. More than 80 sensors are used to track steam turbines, main and booster water turbopumps, and feedwater pump systems at a frequency of 10 seconds. To forecast sealing fluid loss and vibration caused failures, data analytics such as deep learning and pattern recognition are used. The consequence of this implementation is a 3-week warning of impending faults, minimizing the cost of failure of equipment by up to 100,000 Euros per accident. 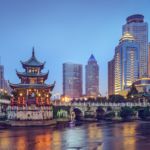 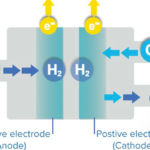