Fuel Cells and Hydrogen in Europe Business Outlook and Forecast

Business Outlook for Fuel Cells and Hydrogen in Europe:

In September 2009, the European Union (EU) and the G8 leaders agreed that if atmospheric CO2 is to stabilize at 450 parts per million and global warming is to stay below the safe level of 2ºC, CO2 emissions would be lowered by 80% by 2050. But 80% decarbonization overall by 2050 may need 95% decarbonization of the road transportation sector.

The European Union is following a carbon mitigation plan as well as steps aimed at protecting urban air quality and reducing the amount of excessive transport noise. The EU has set the first standards and regulations in this respect with its Directives on Atmospheric Air Quality and Cleaner Air for Europe (2008) and on the Promotion of Safe and Energy-Efficient Road Transport Vehicles (2009). Many European cities and regions have begun to make improvements to their transportation systems.

Hydrogen as a vastly used commodity:

According to the market database, the development of Fuel Cells and Hydrogen (FCH) is one of the key technologies that Europe is expected to focus on to meet its goals for a low carbon economy. Hydrogen is an electricity-like energy carrier, but with the unique benefit of being contained in diverse ways and transportable in different modes. It offers the potential for a safe, carbon-free electricity supply route, facilitating scalable and localized power generation in numerous applications, with zero emissions at the point of usage.

The single most abundant element in the universe is hydrogen. From being used as an inflammable fuel in the very first internal combustion engines to fueling airship flights, it has once again come to the forefront in mankind’s search for sources of energy, in the form of fuel cell systems. The market trends and value chain associated with the Hydrogen vertical can be studied using Global Market Database.

The initial production and implementation processes of fuel cell technology are highly reliant on government policy and initiatives. According to the market database, governments of Japan, China, the US, and European countries have contributed to the advancement of this industry to varying degrees and reasons. This is done by making investments in core technology research and developing subsidized policies and strategic plans for the medium/long term.

According to the market database, in February 2019, FCH Joint Undertaking published the European Hydrogen Roadmap: A Green Pathway to the European Energy Transition, which introduced a development plan for the production of hydrogen energy by 2030 and 2050, leading up for the large-scale introduction of FCH in Europe.

There have been concrete targets proposed in the roadmap across five specific industries. A fleet of 3.7 million passenger cars, 500,000 LCVs, 45,000 trucks, and buses of FCH technology is expected to be on the road by 2030. By 2030, fuel cell trains could substitute approximately 570 diesel trains as well. Second, in terms of FCH vehicle infrastructure, by 2030, around 3,700 major refueling stations are planned to be built.

Thirdly, in contexts of heating, hydrogen could end up substituting an estimated 7% of natural gas (by volume) by 2030, and 32% by 2040. It is also expected to cover the heating demand of about 2.5 million and more than 11.0 million households between 2030 and 2040. Fourthly, in terms of industrial implementation, including refineries and ammonia manufacturing, it is expected to attain a transition of one-third ultra-low carbon hydrogen production by 2030. Lastly, the on-scale conversion of excess renewables into hydrogen, large-scale hydrogen power generation demonstrations, and solar hydrogen generation plants are expected to take place in terms of power generation by 2030.

According to the procured market database in Europe, Germany is among the key pioneers in the production of FCH. The German Federal Government has set up the National Organization for Hydrogen and Fuel Cell Technology, liable for planning and overseeing the National Innovation Project for FCH (NIP). For the study, growth, and demonstration programs, the 2006-2016 phase of the NIP funded approximately EUR 1.4 billion. Germany has initiated the H2 Mobility project in 2009 with Air Liquide Group, Linde Group, Shell, TOTAL, and other firms, with plans to spend EUR 350 million in the development of Germany’s first National Hydrogen Filling Station network in the world. The Electromobility Model Regions Programme of the Federal Ministry of Transport and Digital Infrastructure (BMVI), has also been set up to maintain the FCH energy policy. The impacts of these projects on the existing market for fuel cells and hydrogen technology can be studied using Global Market Database. The market intelligence tool studies the competitive analysis mapping associated with technology.

As the country where hydrogen was first found and developed, the encouragement of the UK government for the FCH market was erratic compared to other European countries such as Germany. Also, until 2016 there had been no overall hydrogen industry policy. In 2016, an articulated FCH roadmap with 11 sectoral mini-roadmaps was released by E4tech and Element Energy striving to grow the market for FCH as part of the zero-emissions policy. In January 2017, the European Union-funded JIVE project deployed 139 ( Fuel Cell Electric Vehicles (FCEVs) in 5 European countries, 56 of which are located in the UK. 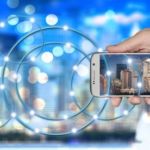 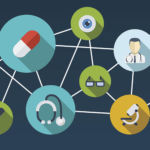