We are dependent on touch or haptic Technology and Haptic data in ways we do not realize consciously. Developers have worked to replicate authentic touch experiences around the globe, for computer games, and more. It has boosted robotic control, physical therapy, schooling, navigation, connectivity, and shopping online by involving touch in human-computer interactions. Haptics, with vibration handset or rumble packs in-game controllers, are successful at making things evident in the past, though there has been a shift towards making things that feel more real, imitating the feeling of natural materials and experiences more naturally.

Haptic devices were successfully applied in video games in the 1970s. Many have encountered a form of haptic feedback that makes motion feedback part of the gameplay experience. According to the market database, in computer games, the inclusion of these technologies improves the player’s perception and enjoyment. According to the market database, these interfaces are also significantly important in teaching and other applications since accurate knowledge about a subject are transmitted by the sensation of touch. When integrated with other senses, especially sight and touch, it significantly enhances the amount of data transmitted for processing to the brain. The increase in information decreases user mistakes and the amount of time it takes to perform a job. The energy demand and the magnitudes of the interaction used in teleoperation scenarios are also minimized.

We obtain two kinds of feedback known as kinesthetic and tactile when we use our hands to experience the environment around us. To fully understand the distinction between kinesthetic and tactile feedback, consider a hand that searches for picks up and examines a ball. A specific series of data points representing joint angle, muscle length, and stress is created as the hand reaches for the ball and changes its form to hold. A specific group of receptors implanted in muscles, tendons, and joints gathers this data. Communication is created between the finger pads and the surface of the ball as the fingertips touch the ball. Each finger pad is a complex sensory system that includes receptors in the skin as well as in the tissue underlying it. There are several types of receptors such as light contact, hard contact, pressure, vibration, and discomfort for each type of stimuli. The input jointly coming from these receptors allows the brain to recognize the ball’s subtle tactile data.

According to the market database, a large part of Germany’s economy is the automotive sector. To satisfy the demands of the consumer, German automotive firms are gradually investing in haptic technology. This technology plays a significant role in developments that directly affect the driver or other personnel in the automobile. Inside vehicles, each type of haptic technology has a different application. Eccentric Rotating Mass Vibration (ERMV) engines, for example, are frequently found in touch screens, dashboards, and centralized control systems to give an advanced warning to the driver whether the motor is likely to burn up or is about to have an electric short-circuit. Linear Resonant Actuators (LRAs) may also be used in centralized control systems, but their most useful feature includes safety precaution and vibrational warning to warn the driver whether they are deviating lanes, exceeding the speed limit, or feeling dizzy. Piezo sensors are mostly found inside a dashboard’s touch panel, but they can have a much higher degree of accuracy and only vibrate the localized area where the finger of the driver is touching. As the automobile industry is integrating more sensors, the use of haptic feedback will only grow to ensure safety and user experience. This development will have a positive effect on the demand for this technology in Germany.

Due to the rise in the use of haptics in consumer electronic products, the German market for these technologies is growing significantly. According to the market database, consumer electronics products form a major application of haptic technology. The consumer electronics sector is the highest sales generator. The primary reason behind its largest share is the incorporation by mobile manufacturers of haptics on a wide scale. Touch screens with haptic features have emerged as one of the smart devices’ most favored interfaces. This offers advanced application features, such as user interfaces that are dynamic and interactive. Thus, market growth is anticipated in Germany for the haptic technology market in the coming years.

Owing to the positive sales rise of wearable products, Germany is anticipated to account for a significant share of the demand for haptic technology in Europe. A touch screen kiosk in the country is also gaining popularity. According to the market database, haptics can be used in almost all new touch screen applications, and the development of this technology industry in Germany is therefore projected to benefit from the rising trends. 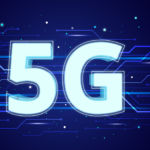 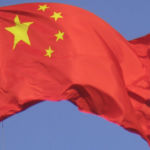