Agricultural Drones have been a boon to farmers, the combination of Information and communication technologies (ICTs) is expected to solve agricultural challenges associated with monitoring and pest control methods. The climate change problems faced by agriculture alone are immense and the need for agricultural societies to adapt and become sustainable is vital to feed the increasing global population. Ambitious proposals have been set in place that helps field manager to align feeding the world by trying to reduce global emissions. For instance, the National Farmers’ Union (NFU) of the United Kingdom has outlined its aim that helps field manager of making British agriculture carbon neutral by 2040, with the implementation of several steps to enhance sustainable agriculture, increase agricultural efficiencies, and support the broader bioeconomy. While there is no single way to resolve the issue, the NFU has recommended acting smarter to minimize direct farming pollution by providing fewer emissions at the same expense.

Drones have an eye in the sky that helps field manager to patrol crop for insects or dry spots. Drones are equipped with cameras, sensors, and other data capturing equipment. Drones now helps field manager to frequently supply fertilizers or pesticides in several parts of the world; an estimated one in three bowls of rice consumed in Japanese homes is cultivated using pesticides sprayed from agricultural drones. United States farmers have been working with drones for agricultural purposes for a long time. Agricultural drones boon many grape growers in the United States to survey regions of low vigor where water could be scarce, or soil is not up to par. Field manager and farming companies would increase crop yields, save time, and make agricultural management decisions by introducing drone technologies that would maximize long-term performance.

UAS (Unmanned Aerial Systems) offers a host of interesting ways to enhance the conservation of grains, cattle, fisheries, forestry, and other natural resources. UAS helps field manager to gain a birds-eye view of their fields at the tiniest scale. It helps field manager to spot small changes that crop scouts cannot quickly recognize at ground level. Multispectral images that are pieced to produce spectral reflectance bands can be achieved using special sensors that are fitted in drones. These bands enable field manager to compute indexes such as a Normalized Difference Vegetation Index (NDVI), a Leaf Area Index (LAI), or a Photochemical Reflectance Index (PRI). This further enables field manager to see crop shifts or tension factors that are normally opaque to the naked eye.

The use of Agricultural drones boon are on the rise as more farmers understand the capacity of the platform to execute key tasks and the quickly evolving ability to take on greater roles in the future. As per a study, private consumers currently dominate 2.8 million drone global sales. However, with sales expected to increase from 174,000 drones in 2017 to 805,000 units in 2021, commercial adoption is the major growth field. The agricultural drones boon has been further strengthened by the decreasing cost of drone equipment, which decreases initial outlays and provides the opportunity for higher investment returns. The drone’s affordability and rapid developments in the technology’s scope are driving an ever-expanding number of current uses. These include aerial mapping, tracking of plant quality, identification of weeds, and where crop spraying is allowed by legislation.

Typically, most agricultural drones are normally medium sized for observational purposes, whereas larger drones are used where there is a need to bear a load; that is for application such as planting or spraying. Multi-rotor configurations have seemed to be the choice in the agriculture sector currently using drones, mostly due to their reduced cost and a high degree of versatility. For many, agriculture remains a challenging market. Considerable capital expenditure and technological skills are required to procure and operate with drones. But for many famers around the world digital skills are missing.

To achieve the highest yields on investments, widespread implementation of emerging innovations enables farmers to adapt and modernize production practices. With more than 56% of the population over the age of 55 in Europe, digital skills are often missing, which means that increased training expenditure is often needed. In the United States 73% of farms have access to computers. But only 47% of farms use computers for commercial purposes, according to a study commissioned by the United States Department of Agriculture. In comparison, in the agricultural sector of the United States only 39% of farms use a smartphone or a tablet. This is an important challenge to solve in the United States, provided that drones are typically remotely controlled by software instruments such as smartphones and tablets to create the flight route and then analyzing the data obtained.

Drones are used in a Brazilian soybean field to further minimize herbicide use by 52%. Agricultural drones boon up to 500 hectares to be tracked with a flight time of up to 90 minutes, offering high-quality ground pictures. Field manager can now get precise photographs of the vegetation, analyze it, and identify regions of weed species efficiently. With comprehensive accounts of weed thresholds, the team rapidly and easily obtains access to the outcomes and performs classification of weed infestation stage within hours. In the 2018/19 season in Brazil, agricultural drones boon significant herbicide demand maps that preserved an average of 52% of herbicides for farmers. Interested users can register at Global Market Database to understand the 10-year market forecast of the Global Agricultural drones market. 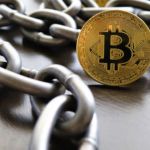 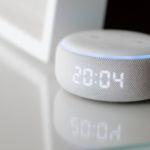