Home automation technology has grown from smart meters that track our electricity use to doorway sensors that let us learn the arrival and departure of individuals at our premises with an application on smartphones. A ‘connected devices are made up of smart and versatile innovation. Technology has progressed to the point that many of our standard electrical devices such as smart TVs or smart thermostats are evolving as ‘connected devices’. Both of these machines are now fall under the category of connected devices and can be normally controlled by a smartphone.

According to a study, by 2022, 60 to 65 million homes in the United States would count as “connected,” with connected devices using artificial intelligence and IoT technology. Internet-connected light bulbs for surveillance would allow users to monitor their pets from their workplace. Users would switch lights on and off with their voice a decade from now with the help of complete integration of technologies such as artificial intelligence and IoT. The connected devices would be able to fully care about their owners or inhabitants due to developments in artificial intelligence, potentially predicting their demands. Advancements in robotics would provide us machinery that would give us a helping hand with washing, cooking, and more.  New sensors would keep a watch on our well-being too. Data obtained through technologies such as artificial intelligence, and IoT that connects devices would be key to help turn the houses of the future from a simple array of devices and appliances into truly connected homes.

Artificial intelligence and IoT technologies are a developing area that is rapidly gaining wider customer recognition. In the last five years, mass marketing advertising has grown dramatically in the United States, and supermarket chains such as Target and Wal-Mart have been selling connected devices in several of their outlets. In Europe, the various service providers that expect to introduce or extend their connected home projects with the help of major marketing strategies shortly will be fueling the industry. Apple’s commercial introduction of HomeKit and the vast number of HomeKit-compatible devices that were launched by connected home device vendors are other trends that have propelled the connected home development. This has resulted in improved customer awareness that has helped all industry players.

Connected infrastructure can be pushed far past what is found on store shelves today by several technical innovations. Artificial intelligence technologies, for instance, stand to upend nearly everything about human lives, including their homes. To get the news updates or weather reports every morning, humans are already using some form of artificial intelligence powered voice-assistant device. But those artificial intelligence systems could act as the brain for the entire household in the digital home of the future, by knowing about occupants and organizing and optimizing all of their different connected devices. For example, a company in the United States is using artificial intelligence and IoT to work on a software that monitors the preferences of an individual, such as what music they would like to listen to in the morning or what lighting they want it to be on at a certain period of the day. Then once it gets ahold of the habits of an individual, it plays only the right music tracks automatically or dims the lights before bedtime.

A high cost would come with all the connected home development. It is expected that customers would spend USD 123 billion on IoT devices by 2021, a figure that will undoubtedly grow subsequently. In addition to Internet-connected televisions, vendors are throwing their research and development, and marketing investments behind home surveillance and security devices. By 2023 it will have 20%-25% market share, and around 15% and 10%- 15% of market share for connected speakers and lighting systems. Users interested in further research of this topic can log into Global Market Database to access ten-year market forecast data for free.

Smart thermostats, safety systems, intelligent light fixtures, connected cameras, and multi-room audio include the most popular point solutions to date for home automation. Such products are sold by established OEMs, such as Honeywell, Danfoss, and Philips; manufacturers of products such as SFR, British Gas, Eneco, and Protection1; and brand-new newcomers like Nest, Ecobee, MyFox, LIFX, and D-Link. New entrants such as ADT, Vivint, Comcast, and AT&T in North America as well as eQ-3, RWE, Verisure, and Loxone in Europe have also identified themselves among the largest solution vendors in their respective regions. 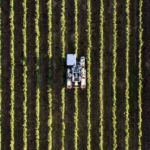 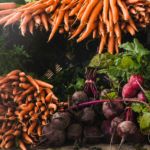