COVID-19 – A savior to the Global Telecom Sector? Part II

In the month of March, the number of users for video-conferencing software have increased by more than 1000%. Additionally, Azure Stream sessions are growing in size with respect to the number of end-users: For one meeting, Microsoft had to increase the cap from 10,000 users to 100,000.

According to Nokia, Upstream traffic in the U.S. increased by 30% in March. In some parts of Europe, the average consumption of upstream data has passed from a peak value of 1.1Mbps to 1.7Mbps since the beginning of March. Verizon saw a 20% rise in network traffic within a week in the month of March, owing to the number of U.K. users working from home. Currently, the amount of network traffic to Verizon has increased by 27%.

ThousandEyes assesses both cloud and ISP-based internet traffic, according to this source, the connectivity to VPN has increased five folds. VPN use is up by 49% owing to work from home facilities while the numbers for video conferencing are up 36%. The internet is also used extensively for recreational purposes, because of which the number of end-users for internet gaming platforms has increased by 115%.

Vodafone experienced a 30% increase in data usage within the UK before the lockdown was officially announced by the government, while some countries situated in the E.U saw a 50% rise.

According to App Annie, overall users downloaded 30% more smartphone games in March, particularly multiplayer games like Words With Friends. According to the trends obtained it was also seen that customers installed more applications based on shopping, health, and wellness, food delivery, money management, etc.

During the start of 2020, the growth in terms of internet traffic was slower in China as compared to the RoW owing to the New Year festivities. After the commencement of the lockdown, the data usage in China was 30% higher as compared to other countries’ pre-lockdown. During the first two weeks of February, weekly updates of software from China’s Apple App Store were up 40% in 2020 as compared to 2019.

The Internet Surge- the new normal?

COVID-19 has brought about a massive digital transformation in terms of technological advancements for several companies. The demand for online access portals supplied by companies such as Akamai, Cloudflare, and Microsoft has been increasing. This exponential surge in numbers is due to the implementation of this software to provide a safer remote working environment. Organizations that are to employ working from home on a holistic basis are expected to fuel a rise in traffic on Akamai’s device portal network by 25%. Companies that have been facing constraints with respect to expanding their VPN network have started using a time-table format to enable the smooth working of the company.

The surge of Corona cases and the Internet usage has experienced a directly proportional relationship, however the important question which time would answer is if the Internet surge would ebb away post the introduction of the Corona Vaccine. The recent work from home environment has impacted the real estate sector, lavish office might not be the priority spending for most of the companies in future. The impact is also felt in the residential sector where employees are moving away from opulent properties. An example of the impact are the 13,000+ empty Manhattan apartments, highest over the past 14 years.

Most of the sectors have been quick in adopting itself to the change in business dynamics from a face to face environment to a virtual environment. The cost advantages to companies and the flexible working hours for employees also seem to add to the attraction of the work from home concept. Assuming a scenario, wherein the work from home or remote working option continues post COVID, the global telecom companies would need to be well equipped to handle this surge, which would be the new normal. 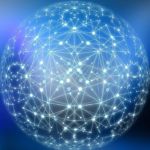 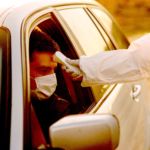