COVID-19 – A savior to the Global Telecom Sector? Part I

The internet has been connecting the world since the 1960’s, thus making the phrase, “this is a small world”, come to life. It is now an essential part of our day to day lives and has now evolved into a necessity. The usage of virtual platforms to conduct webinars, online lectures, video conferencing, etc have increased the number of applications and hence the usage of data.

Novel coronavirus, the global pandemic has brought about a drastic change in lifestyle for people all across the globe. Several nations have been under lockdown for the past couple of months since the virus can be contracted very easily through public outings. This changing pattern in lifestyle has also led to increased use of the internet. Top management firms as well as growing start-ups are providing work from home facilities to ensure regular operations.

Additionally, the use of applications like Zoom, Google duo, and Skype has also increased rampantly due to the growing number of family gatherings, apart from the business meetings. The use of applications that have end-to-end encryption features has increased owing to security concerns. Due to the economic downturn caused experienced by people during this pandemic, the number of internet frauds has also been increasing.

The evolution of conventional social networking platforms has also led to a surge in the number of internet users since it caters to a wide array of demographics. Additionally, the imposition of government regulations and public movements has led to an increase in domestically designed platforms that replace applications like TikTok and Camscanner.

Since the pandemic urges people to stay indoors, the use of online streaming applications has increased by several folds. As of August 2020, the number of subscribers to Netflix and Amazon Prime has grown drastically to an estimated value of 26 Million. The number of registrations is expected to increase to 28 Million within the next 6 months.

In general, Internet traffic is 25% to 30% higher than average, owing to the evolving applications of the web. Typically, the use of the Internet for Akamai rises by an average of 3% on a monthly basis, while it was 30% in March 2020. On a comparative basis, the average traffic was 82Tbps in March 2019; but in a span of 6 months the value ranges to 167Tbps due to the growing internet traffic. As of 9th March 2020, online exchanges in Amsterdam, Frankfurt, and London witnessed a spike in internet traffic of 10-20%.

Italy initiated its lockdown on the 9th March 2020 post which the Milan market experienced a rise of 40%. Due to the growing application of the internet, the number of internet threats has also been increasing. A surge in the number of users utilizing online banking platforms has led to a growth in prudential activities like internet fishing. Additionally, the use of botnets to overwhelm website data with fake traffic has also experienced tremendous growth. Akamai reported a 20% surge in average DDoS attacks and Nokia recorded a 40% spike.

As per the data obtained from Cloudflare, the number of internet users per city is noted to be: 11% in Berlin, 22% in London (January-March), and 17% in the UK. Although, cities like New York, San Francisco, and Silicon Valley experienced a rise in the number of users by 40% and 48% respectively.

Windows Virtual Desktop service utilization has increased significantly. Azure consumption has grown substantially during the lockdown as well. The increasing number of team meetings is another factor that promotes the growth of this market. 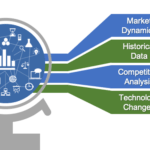 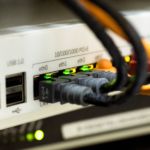