Why Is Everyone Talking About Smart Health Wearables?

Smart health wearable are electronic devices that are worn by users in contact with or close to the user’s skin. They collect, detect, analyze and transmit information regarding the body like vital signs including pulse and other ambient data. This provides immediate biofeedback to the wearer. These devices usually fall under the ambit of and are an example of the internet of things. The above is so, because software, sensors, electronics and other connectivity related hardware and software are merely effectors that facilitate objects to exchange data via the internet. The data is exchanged with a manufacturer, operator or other connected devices sans the need for any human intervention or effort.

Wearable smart health devices are becoming an expedient trend if not the norm of today’s contemporary lifestyle. An increasing number of devices are entering the market increasing the scope and variety of the market.

Wearable smart health devices, as we know of today first materialized around the 1980s. In 1987, digital hearing aids were released, which was the first major revolutionary step in smart health wearables.

In 1994, Canadian researcher Steve Mann introduced the Wearable Wireless Webcam. This was the driver for growth in future smart health wearables using the Internet of Things technologies. It resulted in linear growth in demand for wearable technology conferences and smart clothing expos.

In the 2000s, wearable technology saw a further gain in momentum with the introduction of brands and products like Fitbits, Nike iPod and more.

The 2010s was a decade of transition, it saw a great consumer acceptance and frenzied demand for smart health wearable products. Many products entered the market like Apple Watch in 2015 and Oculus Rift Headset in 2016.

It is expected, that evolution of smart health wearables will further amplify and increase in this decade.

The second is smart health wearables for heart attacks. People who suffer from abnormally elevated rates of heartbeats (tachycardia) and abnormal heartbeats (arrhythmia) make use of wearable defibrillators. This helps and aids people that have a risk of sudden cardiac arrest.

Sports and high-intensity physical activity has become an integral part of our lives. Concussions are widespread in athletes who partake in strenuous physical activities. It is usually caused by the movement of the brain inside the skull. It can result in long term impairment of the functioning of the brain. It may also result in structural brain damage.

Wearable Q-Collar is a device that constricts the jugular vein at the moment of impact. This results in an increased volume of blood rushing to the brain which in turn increases the pressure in the brain. Thereby, brain movement is minimized and chances of a concussion are reduced drastically.

Fourth is smart health wearables for asthma monitoring. In a conventional setting, most asthma patients don’t realize they are having an asthma attack until it is an advanced attack. This puts them at high risk. Interventionist strategies like inhaling Asthalin gives relief to the patient against the syndrome but it depletes them of their energy and leaves them feeling exhausted.

Intelligent Asthma monitoring wearable devices can forecast in advance asthma attacks even before the patient notices the symptoms of an oncoming attack. It is necessary to make a distinction between reactive and predictive medical intervention.

At present, when a patient experiences a symptom like sneezing, coughing or shortness of breath, he anticipates an asthma attack and reaches out for the medicine. The former is an example of a reactive medical intervention; the patient reacts to the onset of the symptom or syndrome that he is experiencing.

Ava is a company headquartered in Zurich globally and has its operational headquarters in San Francisco in the U.S. It produces a night only wearable that aids women in tracking their menstrual cycle. It gives an overview and insights into fertility, pregnancy and overall health. It also logs the sleep, stress levels and resting heart rate of the wearer.

Another predominant player is GymWatch. Headquartered in Darmstadt, Hessen, Germany. They manufacture smart wearables intended for weightlifters and powerlifters in general. It ensures optimum performance and efficient strength training at the gym. It is suitable both for a beginner, intermediate and advanced lifter. It provides lifters with immediate feedback. It connects with the mobile app to create custom workouts and analyze movements for audio and visual feedback.

Similarly, KardiaMobile is another player. Headquartered at Mountain View, California. KardiaMobile is a product made by AliveCor, an artificial intelligence company that is developing products for screening, diagnosis and treatment. It is an electrocardiogram (ECG) that attaches to a hardware device like a mobile phone or a tablet and collects data through chest and finger sensors.

Finally, Motiv is another California based company. It mimics all the functions of a smartwatch. However, the catch is Motiv products are wearable rings. It monitors your vitals like sleep and heart rate. The associated application of the product can be used to customize and adjust the user’s goals and objectives.

Global Market Database is your one-source solution for all your market research needs. It covers the smart health wears market. Login to the global market database to uncover a 10-year market forecast, regional market forecast, and top 20 country market analysis. 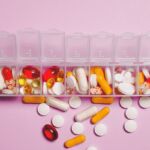 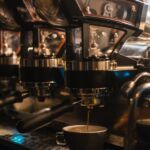