Why is everyone talking about Bionic Arm?

What is a bionic arm?

Bionic limbs and prosthetic technology connect the prosthesis to the mind via sensors and user-generated muscular electric impulses. These impulses translate into a proportionate and coordinated movement by the prosthesis. Prosthesis facilitates sensation, body integration, and control.  The prosthesis attaches to the residual limb via a customized compression cup with sensors that are in contact with the skin. Bionic arms are preferred to traditional designs that use body-powered harnesses to mobilize muscles.

Bionic arm sensors are electrodes that are in contact with the skin. The muscle activity is recorded by a process called electromyography. The bionic arm has become more intuitive because it picks up specific signals from the residual limb muscle and translates them into movements like the grasping motion.

The latest technology in the bionic arm is connecting the brain to the prosthetic arm via electrodes attached to nerves under the skin. These latest bionic arms require less training by the user and provide a relatively higher degree of intuitive and natural feel to the user.

Osseointegrated prostheses is the latest technology that scientists are looking into in the market of bionic arms. As the name suggests, this kind of bionic arm is directly integrated to the bone, eliminating the need for compression cup which are potentially uncomfortable and mobility restricting.   Osseointegrated prostheses present a more natural feel to the wearer as they connect directly to an extension of the skeletal and nervous system of the user.

This technology directly connects to the brain via nerves. The two most common methods of its operation are implanting tiny sensors in that part that control the movement or by attaching small electrodes to amputated nerves under the skin. It is possible to surgically relocate the nerves to an optimal position which would enhance the functioning of the bionic arm.

The latest models of bionic arms promise a two-way communication between the user and the arm. It promises them a sense of touch. Latest technologies like 3D printing have further advanced the manufacturing of prostheses.

The bionic arm market is a nascent market and there are no established players per se. The majority of the players in the market are new entrants into the market. No firm has significantly reaped the first-mover advantage.

A few promising players are the following. Esko Bionics, they are a start-up based out of California, US. They deal in powered exoskeletons including bionic arms. Mobius Bionics is another start-up that deals with a bionic arm. Their flagship product is a device called Luke arm which is a bionic arm. Marsi Bionics is a company headquartered in Madrid, Spain. They are the major player in the domestic Spanish market and are trying to capture the western European market due to their locational advantage.

Gears, actuators, and motors are necessary for the functioning of bionic arms. However, it is observed that bionic arms are not power efficient. Parallelly research is being conducted on alternative technologies like artificial muscles and soft robotics that are power effective and cost-efficient.

Second, it is difficult to create a bionic arm that biomimics. For the past many years, researchers have been looking into various technologies that mimic life as it is. Functions like self-healing capacity, metabolic conversion, and human-like perception. Researchers are making headway in this regard but have yet to find a sustainable solution.

Finally, it is the source of power. Currently, the most preferred power source for the bionic arm is lithium-ion and nickel-metal hydride. Researchers are looking at power sources that are more durable and long-lasting.

Global Market Database is your one-source solution for all your market research needs. It covers the Bionic arm market. Login to the global market database to uncover a 10-year market forecast, regional market forecast, and top 20 country market analysis. 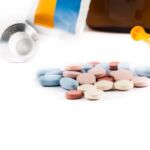 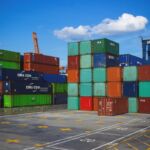