Why Is Everyone Talking About Automotive Suspension System

An automotive Suspension System is a collection of components in an automobile organized in a specific manner. It is intended to cushion the passenger and objects inside the cabin of the automobile. These components cushion the cabin and its interior from tactile stress exerted on it due to external factors like potholes, irregular roads and

abrupt halts.  The automotive Suspension System mainly consists of two elements, they are springs and shock absorbers. Usually, spring components include coil springs, leaf springs, torsion bars, rubber-in-shear devices and air springs. Springs usually absorb energy and reduce the discomfort faced by abrupt motions due to external factors when the vehicle is in motion. This energy is transferred to a hydraulic system so that the suspended portion of the vehicle is stopped from bouncing.

Rigid Axle Suspension is a type of suspension that is usually located in the rear of the car. It is located where the wheels and the axle join together. Rigid Axle suspension operates either through the use of leaf springs or through coil springs which are also known as springs in layman terms.

Rigid Axle Suspension is a strong suspension system and is capable of supporting heavy loads stably. It is optimum for heavy automobiles like SUVs and long haul trucks.

Intertronic Gresser GmbH is another innovative technology in EV automotive suspension systems. They invented an energy-generating suspension system around late October 2014. They applied for a patent the same year. It is claimed that this technology increases the range by 50% in ratio to battery storage capacity.

This was attained by the operation of the regenerative system that converted a greater percentage of kinetic energy from vertical suspension movement and body acceleration with the aid of coupled linear generators. The suspension function is provided by an electronically controlled bi-directional hydraulic cylinder.

Softwheel is another Israeli start-up whose niche is in the electronic vehicle automobile sector. The soft wheel harvests energy and absorbs shock, this energy is regenerated as kinetic energy and propels the automobile forward. The suspension acts only when an impact above a prefixed celling is encountered.

Audi eRot is another groundbreaking technology introduced by Audi. eRot is a prototype damper system. Most of the energy in eRot system is absorbed and loss of energy as heat is minimized. The system responds quickly with minimal downtime and adapts perfectly to irregularities on the road surface. 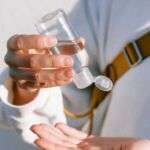 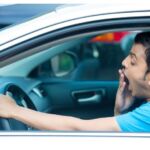