Virtual Routers Market has gained a lot of popularity in recent times. Virtual Router, or vRouter, is a software function that simulates the features of a hardware-based Layer 3 Internet Protocol (IP) routing that has typically been used in a dedicated hardware device. A router is a communication system that transmits data packets across networked computers. Routers operate traffic flow of data packets between computer networks. Data transmitted over the Internet, such as a web application or an email, is in the form of data packets. A data packet is usually transmitted from one router to another router via channels that represent the internet before it hits its target node.

Virtual routing is a type of network virtualization (NFV) operation that transforms conventional hardware-based networking systems to software that can be operated on modern commercial off-the-shelf (COTS) hardware. This would have the benefit of significantly reducing the cost of hardware and enabling more hardware integration instead of demanding open-source network architectures. Integrated solutions offered by the component of the virtual router market are expected to grow at a CAGR of >25% whereas professional services are expected to share one-fourth of the market value and grow at a CAGR of more than 15%.

The integration of the Virtual Router Redundancy Protocol (VRRP) that can allow a computer system to execute channel and packet routing operations of a router through a software system is a driver for the global virtual router market. Such features improve the efficiency of the network. The use of virtual routers in the information technology (IT) & telecommunications sector is increasing due to advantages such as flexibility in migrating IP routing operations to a channel or computer system, lower computational management & infrastructure costs, and continuous service across the entire system.

Virtual routers offer network flexibility by increasing the speed at which services can be developed and implemented by virtual IP routing. It is because new services can be applied successfully and implemented without the introduction of new hardware. Virtual routers also boost capital expenditure and lower the overall expenditure. Such factors that promote market growth include a rising need for connectivity, increasing demand for private cloud, the need for virtual router solutions across multiple industries, and growing usage of the WAN (software-defined wide area network). Conversely, the factor that virtual routers seem unable to perform the operations of an industrial-grade core IP router has limited its growth and has become a restraint for the virtual router market growth.

The increase in the percentage of investment by major telecommunications companies such as Cisco Systems, Inc., Juniper Networks, Inc., and IBM to implement virtual routers as well as further advances in virtual router solutions, particularly in the U.S., Canada, and Mexico, is projected to boost the market of the virtual router market. It is forecasted that APAC will experience faster growth in the global virtual router market during the forecast period 2020-2030. As a result, the rise in the growth rate of both NFV and SDN, especially in prominent nations such as China, Japan, and India, has significantly increased the growth of the APAC virtual router market.

The growing popularity of virtual networks across various industries is expected to increase the demand for the virtual router. Providers such as telecommunication services, network infrastructure, and cloud focus on delivering effective performance through increased network flexibility. To this effect, telecommunications service providers are engaged in the implementation of virtual router technologies and services that offer scalable and versatile routing capabilities to increase the efficiency of overall network capacity. Whereas cloud service providers are investing in the installation of virtual routers to improve their network operations. The end-user service provider has thus been expected to have a substantial market share and grow at a CAGR of around 20%- 25%.

The increasing trend of cloud services and SD-WAN connectivity, the increase in 4G usage, and the increase in expenditure on 5G network infrastructure are projected to have a significant impact on the growth of the market over the forecast period. Top industries are focused on mergers and acquisition strategies to increase their market share and promote the growth of virtual routers across the globe. Cisco recently acquired Piston Cloud Computing to expand its share of the market in virtual routers by implementing scalable, large-scale distributed networks around the globe. This acquisition would allow users to execute the devices and installation of a decentralized 5G network for application deployment on a virtual router.

COVID-19 crises are expected to impact the market significantly in the first quarter of the calendar year but are forecasted to gradually lessen in subsequent quarters with a limited impact on the full-year economic growth. Mainly, the infrastructure segment is driven by rising economic incentives and government frameworks around the globe. The existing utility-owned Virtual Router (vRouter) is primarily impacted by the COVID-19 epidemic. Most ventures in China, the US, Germany, and South Korea are overdue, and companies are experiencing short-term operational challenges due to supply chain constraints and shortage of site access due to the outbreak of COVID-19. Asia-Pacific is projected to be seriously impacted by the spread of COVID-19 because of the pandemic in China, Japan, and India. 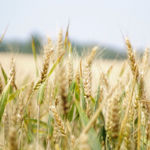