US Population 2020 and Foods Market

Poor countries and regions are experiencing stable population growth. In Sub-Saharan and Central Africa, the Middle East, and Central Asian countries are experiencing a population growth rate of above 2.3%. Sub-Saharan Africa is growing at 2.7%, twice the growth rate of South Asia at 1.2%. Africa is expected to double its population by 2050. Nigeria is expected to replace the united states as the third most populous country by 2050 with a 400 million population. These regions are not well equipped to deal with the growing population. Food security is of top priority for policymakers in these countries.

The debate on world foods market not being able to meet population growth is an old one. The global population increased from 2.5 billion in 1950 to 7.9 billion in 2020. World Food market has increased slightly higher than the population growth rate, maintaining a delicate balance. World food market for cereal production increased to 2767 million tonnes in 2020, a growth of 2.2% compared with 2019. Year on Year growth is stable and healthy, this has led to an increase in per capita food consumption. The hunger rate in most countries has decreased. But, has also plateaued in many regions. Climate change is expected to significantly alter the land under cultivation. The weather pattern is expected to change drastically. Change is expected to hit the global south hard. Most Northern countries are projected to experience warmer climates due to climate change. Russian Federation is expected to witness steady growth in grain cultivation and export.

The US population in 2020 was over 330 million. The future population growth rate is further expected to drop. But, food demand in the US is steadily growing. Mainly due to changing lifestyles and food wastage. Food wastage in the US is about 30%-40% of total food production. Maximum food wastage occurs at the retail and customer end. US wastes around 133 Billion pounds of food valued at USD 161 billion each year.

In 2019, the US consumer, government agencies, and businesses spent about USD 1.78 trillion on food and beverages. US foods market is resource extensive operation, using around 56% of all agricultural land and 67% of freshwater resources. Agriculture was a major contributor to greenhouse gas emissions, accounting for 10% of total greenhouse gas emissions in 2017. Agriculture and allied activities account for 16% of total fossil fuel consumption in the US in 2017. Food production uses a lot of natural resources, as cultivation land grows scarce, it is expected to cause food scarcity in the future.

Food insecurity has decreased in the US foods market, but the tread may be affected due to covid-19 induced economic disruption. About 90% of households in the US have food security. 13.6% of households have experienced food insecurity in 2019. About 6%-7% of the US population in 2020 was employed in agriculture and allied activities. Accounting for 10.9% of total jobs in the US. Agriculture contributed to 2.6 million direct jobs. About 13% of household income was spent on food.

India is the second-most populous country. The population of India in 2020 was estimated to 1.38 billion people. The population growth rate in India is 1.1%, recent studies predict the population is expected to peak at 1.68 billion in 2048 and decline to 1.09 billion in 2100. The country is the largest producer of pulses, jute, and milk. India is the second-largest producer of rice, wheat, groundnut, sugarcane, fruits, vegetables, and cotton. Agriculture is the largest employer in India, about 70% of rural households depend on agriculture and allied activities. Nearly 82% of Indian farmers are small and marginal. Food grain production was 275 Million tons in 2018. India has set a record with 303 million tons with 9.1% growth in the World food market. India is home to the largest cattle population at 190 million. Indian agriculture is very resource-intensive and cereal-centric, excessive resource consumption has serious implications for sustainability and contributes to desertification.

India has achieved food grain self-sufficiency in World food market. But, is home to a quarter of the world’s hungry people and is home to 184 million undernourished, about 14% of the population of India in 2020. Central and many state governments have launched many schemes to combat malnourishment. The country is witnessing a major economic boost and increase in per capita income. The increase in income levels are not equally distributed, a peculiar behavior is observed in the Indian context. The rise of per capita income level is not causing a rise in per capita food consumption. The case is peculiar, in china and Vietnam rise in income level was reflected in the rise of food consumption. The divide is more profound in rural India, per capita consumption of calories and proteins is decreasing. Covid-19 is forecasted to push 230 million into poverty.

India produces 5.3 million metric tons of meat and 75 billion eggs annually. The country is the largest producer of buffalo meat and the second-largest producer of goat meat in World food market. Buffalo meat export forms the bulk of Indian meat exports. The meat segment is underdeveloped in India due to much religious consideration. Current meat consumption in India is 15g/person/day against ICMR recommended consumption of 30g/person/day. The Indian government is incentivizing many stages of the meat industry to promote further growth in World food market

The grocery and food segment is the largest private-sector employer, employing about 4.5 million people. The UK foods market contributed to GBP 22.5 billion of exports in drinks and beverages. UK consumer spends about GBP 230 billion on food yearly. The UK foods market  is the largest manufacturing sector, overtaking the automobile and aerospace sectors. Online digital sales of food and grocery product have grown at a steady rate. Online sales are valued at GBP 12.7 billion of the World food market. British brands have good brand recognition abroad, which helps to further promote trade. Food wastage is a serious problem with the UK foods market, however this is also a major issue with the World food market. In 2019 UK produced about GBP 20 billion loses and contributing 25 million tons of greenhouse gas emissions.

This section discussed the online delivery as a separate business vertical, this is the latest trend in the World food market. Traditionally consumers in the foods market in UK have used supermarkets, mini markets, they still hold considerable popularity not just in UK bu the World food market. But online grocery shopping is expected to rise, this has forced supermarkets to provide online order and home delivery options to consumers. The outside food consumption market has increased, and a large proportion of the population is predicted to eat outside. This has led to the integration of technology to promote online food delivery. Online food delivery startups have entered the segment, to ferry cooked food to parties, outings, and business venues. The UK foods market is expected to grow at a healthy rate. Login to Global Market Database to understand more about the World food market, the market database would give its users a ten year business outlook of the World food market. 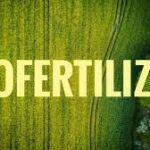 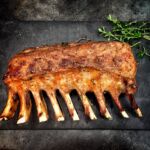