The Future of Eye Solution with Lutein Market

Lutein is a type of known organic pigment known as carotenoids with anti-inflammatory properties. Carotenoids are substances that are commonly present in food, particularly in fruit and vegetables, and which seem to have antioxidant characteristics. Thus most foods with a high content of antioxidants have anti-inflammatory properties. Lutein is related to beta carotene and vitamin A. In common man’s language, it is often known as the “eye vitamin”. It is one of the two key cateroids found in the human eye, i.e. macula and retina. It is used to function as an eye filter to protect the tissues from sun damage.

Business intelligence tools suggest that a substantial body of research demonstrates that lutein has a number of positive impacts, particularly on eye health. For instance, age-related macular degeneration, the main cause of blindness and vision impairment, is known to be improved or even prevented by lutein. Additionally, lutein has been linked in numerous studies that have beneficial outcomes in a variety of clinical situations, including improved cardiovascular health, improved cognitive performance, as well as a reduced cancer risk. Market research tools suggest that regular lutein consumption—either through diet or supplementation—may lessen the severity of several chronic illnesses.

The market database suggests that the growing demand for Lutein in dietary supplements is anticipated to be one of the key factors that drive the growth associated with this market. They benefit people with poor eye health as well as dietary intake. Lutein supplements are also used as supplements for eye diseases such as cataracts and macular degeneration. The use of Lutein to cure other health conditions has not been backed by scientific evidence so far. Some naturally occurring Lutein-rich foods are noted to be egg yolks, spinach, kale, corn, orange pepper, kiwi fruit, grapes, zucchini, and squash. The ophthalmic industry growth is one of the primary factors that propel the growth associated with the Lutein market.

As per market analysis and research-based trends, it is noted that there is a growing need for setting intake recommendations for nonessential dietary bioactive such as Lutein. This technique is a subset of the standard method of determining dietary reference intake (DRI) values, which emphasizes preventing toxicity and lack of vital elements including vitamins and minerals. According to market research tools, the set of guidelines for Lutein intake would encourage a majority of the population to consume lutein containing foods which would, in turn, improve the visual health of the masses.

According to the market database, improvements in technology for Microencapsulation, which is poised to increase Lutein’s Stability, Solubility, and Bioavailability are some of the key factors that have been promoting the use of Emulsion Lutein across the market. The antioxidant properties of Lutein high foods suggest that the product is also particularly useful in lowering the risk of cancer. According to market analysis, a study conducted in 2018 suggested that Lutein had the ability to inhibit the growth of breast cancer. As per business intelligence tools, this is one area of study which is presently being delved into concerning Lutein as a bioactive product.

Lutein is very often used in combination with its isomer zeaxanthin. Studies state that Zeaxanthin is dominant in the center of the macula, while lutein is predominantly found in the surrounding retina. They are both fat soluble antioxidants that are classified under the segment of carotenoids namely, xanthophylls.

Both lutein and zeaxanthin are organic pigments that are produced by plants that give color to fruits and vegetables. These pigments are known to leave colors ranging from a yellow to a reddish hue. They are both potent antioxidants and when used in combination they can be used to improve eye health substantially. The two substances are essentially similar, however, their structure is known to be slightly different on an atomic level. According to market analysis, it is noted that the human body’s proteins, lipids, and DNA are protected from stresses by lutein and zeaxanthin, which can also help recycle glutathione, another important antioxidant. Their antioxidant qualities may also lessen the negative effects of “bad” LDL cholesterol, lowering the buildup of plaque in the consumer’s arteries and lowering their risk of heart disease. 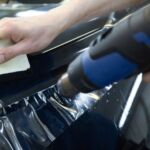