Emulsifiers made from sucrose esters of fatty acids (E473) are considered special types. In addition to emulsification, these also provide starch interaction, protein protection, sugar crystallization, and aeration. As these are water-soluble, they create emulsions of oil in water.

Traditionally, egg yolks have been used for emulsification. Proteins and emulsifiers, as well as emulsifying components, are being used more and more. It is possible to replace egg yolks with sucrose esters. High HLB types are cold water-soluble, making them suitable for both cold and hot emulsification. To create very small oil droplets, sucrose esters have a very high HLB value. It results in a very white, stable sauce with a creamy mouthfeel and a mild taste. This feature is ideal for making a low-fat sauce without reducing creaminess. Although sucrose esters are sensitive to low pH (below 4), the acidity of mayonnaise is not a problem. If the pH is below 4, it is best to prepare the emulsion before adding the acid components. Thus, the sucrose esters partially dissolve in the oil droplet, making them less sensitive to acid.

Generally, emulsifiers and stabilizers are proteins like milk powder and whey powder. According to the market database, emulsion stability is enhanced by using sucrose esters instead of dairy proteins. These are far more effective emulsifiers than proteins in oil-in-water emulsions. There is even the possibility of reducing the starch content. As these esters have sufficient stability, the emulsion does not need to have very high viscosity. In place of stabilizers, the sauce will become less thick but have excellent flavor release.

In general, fat-soluble ingredients such as omega-3 and some natural colors are available as powders, fat flakes, or oils. There is an increasing demand for liquid, water-dispersible ingredients for beverages, dairy, and confectionery. Concentrated oil emulsions (in glycerol or water) could be a solution.

According to the market database, using patented technology, Sisterna (Netherlands) makes concentrated oil emulsions. These technologies, based on oil-in-glycerol and these esters as emulsifiers, may be used by manufacturers of omega-3s, sterols, and natural colors. In addition, the emulsions are stable for a long time. This emulsion can be used equally in solid foods like confections and low viscous, mildly acidic drinks like fruit juice. The combination of sucrose esters with lecithin or Datem can improve acid stability in soft drinks.

According to the market database, paints and coatings made with alkyd resin traditionally require large quantities of volatile solvents. It is to solubilize the organic components and achieve the required viscosity. Solvents like these contribute to the formation of ground-level ozone and smog. Alkyd coatings with low Volatile Organic Compounds (VOC) levels exist but are less effective. Some take too long to dry, while others use VOC-free substitutes that can be costly and often have an unpleasant odor. The low-VOC, waterborne acrylic latex paints are also available, but they have performance trade-offs, such as low gloss and lower corrosion resistance, compared with solvent-borne alkyd coatings.

Co-developed by P&G and Cook Composites and Polymers (CCP), this new alkyd resin technology provides paints and coatings with less than half the VOCs of solvent-borne alkyd coatings. A patented, solventless process using sucrose and fatty acids enables the generation of alkyd formulations by utilizing Sefose sucrose esters. The self-oxidative cross-linking of sefose with other constituents in applied paint films leads to the incorporation of sefose into the coating film. The Sucrose Esters market and its 10-year business outlook can be understood using Global Market Database. 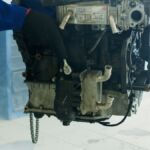 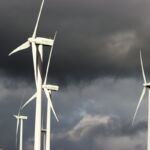