A submarine cable is a communication cable laid on or below the ocean floor. It comprises a set of wires that allow data to transfer from land to sea. In addition to the cabling itself, this network consists of other hardware components and infrastructure that enable large-scale communication. The majority of international data transfer occurs through submarine cable networks, despite the proliferation of satellite communications.

Market database states that there are different sizes of cables for different marine environments and varying water depths. The fibers that carry the information help to prevent moisture and damage. An optical fiber is encased in a plastic or nylon tube filled with a protective or lubricat substance, and covered by galvanized steel strands, and enclosed in copper or aluminum tubing. A polycarbonate layer is applied to the tubing, followed by another aluminum water barrier layer. Then a stranded steel wire for weight and strength, and outer layers of mylar and polyethylene for additional waterproofing. There are several variations in cable construction depending on the network’s architecture, planned usage, deployment depth, and environment.

According to the market database, submarine cable systems require a great deal of planning and implementation. Other networks, such as domestic cables or single-user systems, are typically more straightforward, as long as their deployment is similar to large systems.

The development and construction of a submarine cable system is a unique endeavor because these projects have several unique characteristics. These can be installed on land, within territorial waters, and almost always in international waters, including the Exclusive Economic Zone. Thus, it is under national jurisdiction and comprises large chunks of no-jurisdiction space, governed by the UN Law of the Sea. The system is designed internally and externally (including routes, installation methods, and cable types).

According to the market database, Google and Facebook are developing an undersea cable, which will allow more reliable Internet access in the Asia Pacific. It aims to connect Southeast Asia, Taiwan, Guam, and Japan. The Apricot cable system will have a length of 12,000 kilometers. The PLDT, a Philippine telco, is also a partner in the project and will invest $80 million in the cable.

As a result, Apricot will have the capacity to support existing cable systems and meet rising data needs in the region with its initial design capacity of more than 190 terabits per second. In 2024, the new subsea cable will be ready for service.

Among its other digital services and cloud offerings, Apricot will help Google Cloud achieve a higher level of resilience. It will function as a complementary cable alongside the Echo subsea cable announced in 2021 to support multiple paths in and out of Asia. The Echo submarine cable is scheduled for construction in 2023 in partnership with Facebook and XL Axiata in North America, Singapore, Indonesia, and Guam.

According to the market database, Sparkle, an Italian provider, announced its partnership with Google to develop Raman and Blue submarine cable systems. While the Blue will connect France, Italy, Isreal, and Greece, the Raman will link Jordan, Djibouti, Oman, India, and Saudi Arabia. In addition to offering 16 fiber pairs each and supporting multiple fiber tenants, the two systems also provide a competitive Access Point to cable termination points, which creates a new benchmark in terms of diversification, scalability, and latency in these geographies.

Specifically, Blue will be deployed along a new route in the Mediterranean, crossing the Strait of Messina instead of the traditional path through the Sicily Channel. Consequently, internet service providers, telecom companies, carriers, and government institutions will possess high-speed Internet and high-capacity services of unparalleled diversity and quality.

As part of the Blue System, the BlueMed submarine comes with four additional fiber pairs that share Sparkle’s wet components. In the initial design, a fiber pair has a design capacity of more than 25 Tbps with further private branches in France, Greece, Italy, Algeria, Tunisia, Libya, Turkey, and Cyprus. The flexibility of BlueMed’s design permits both seamless express connections within the Mediterranean Basin. With unprecedented latency and spectral efficiency and sophisticated regional subsystems, depending on customer needs. The Submarine Cable System market and its 10-year business outlook can be understood using Global Market Database. 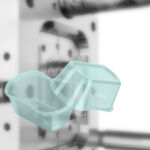 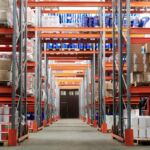