Global Spanish Chemical Market Report indicates that the chemical sector in Spain accounted for 13.4% of the nation’s GDP owing to the increased production. The sales generated by the Spanish chemical industry accounted for roughly USD 76 Billion in the year 2018. The industry developed a net income of around USD 24 Billion.

There are approximately 3,300 chemical industries based out of Spain. These companies add to the economy by generating 670,000 direct as well as induced jobs. The Spanish chemical sector contributes roughly 5.8% of its GDP through both direct and indirect means. About 3.5% of the active population is hired due to the booming chemical market within Spain.

According to the market database, due to the high employment rate within the country, the tax generation increases. A value of roughly USD 23.6 Thousand is generated as a part of the per capita income tax and social security payments. The export capacity of the Spanish chemical industry plays a key role in the aggradation of this market. Spain is currently the second-largest exporter of chemical-based products. Roughly 58% of the country’s production goes to foreign markets. The R&D expenditure for this sector accounts for roughly 22% of the overall market revenue generated.

Spanish Chemical Market Report indicates that the sales increased by over 32% since 2007 and the industrial production experienced a slump by roughly 15%. The data obtained for the Spanish chemical industries is from chemical market research reports created by European Chemical Industry Council (CEFIC).

Principle for the functioning of Cryotanks

The term Cryotank refers to the storage of super cold fuels. This includes liquid hydrogen, liquid oxygen, liquid nitrogen, etc. Cryogenic Tanks are typically used to store product streams at low temperatures. These tanks can be used to transport the material at a fixed temperature and pressure. Therefore, they prevent the degradation of the element over some time.

According to the market database, the storage facility is created on a vacuum bottle. These vessels prevent a change in temperature for the storage of the material. They are majorly composed of carbon steel or stainless steel. To maintain the operating conditions within the tank, the inner pressure vessel is surrounded by a layer of insulation. The insulation layer is composed of an absorbent material that provides greater vacuum stability. The effective thermal insulation minimizes product losses and enables lengthy storage times of low-temperature liquefied gases.

Typically, the outer layer of the vessel is not exposed to cryogenic temperatures. The outer finishing has essentially two layers of coating, including a high anti-corrosion primer followed by a reflective white polyurethane epoxy topcoat. The system also has a safety valve that is typically controlled by the discharge pressure of the material. It is mainly intended to relieve internal pressure.

Key innovations in the Spanish Market

According to the market database, Lapesa is a Spain-based company that has been producing Cryogenic tanks since 1964. The company produces a range of storage facilities from domestic to industrial applications. These tanks are used for the storage and transport of gases, liquid fuels, and chemical products.

The company devised static tanks classified as horizontal above ground, horizontal below ground, and vertical below ground tanks. These storage amenities are used to contain LPG in both underground as well as ground facilities. According to the market database, upon request, the company also specializes in the optimized design of the tanks concerning a plant’s geographic location. Owing to the intensive range of diameters, tanks ranging from 1 to 400 m3 of storage volume are developed under this facility. The tank has integrated cathodic protection that hereby prevents it from undergoing corrosion. The cathodic protection equipment consists of magnesium anodes with connecting wires and terminals. This equipment is suitable for specific tank sizes and surface areas. 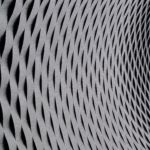 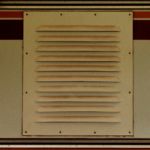