Smart Irrigation is driven by rising global water shortages. The problem is worsening over time due to the rising global population and the growing water demand. The world’s total population is about 7.3 billion, and by 2050 it is projected to be over 9 billion. A large part of the freshwater is consumed by the agricultural industry during irrigation. In comparison to developed nations, developing nations are using more water to produce the same yield due to the absence of a cost-effective smart irrigation system. India, for instance, has nearly 4% of the world’s freshwater capacity to support 17% of the global population. However, relative to other countries such as China and the United States, it needs 2-4 times more water for some of its major agricultural production.

A major element of agricultural development is smart irrigation. It allows farmers to prevent water pollution and enhance the quality of growing crops in their farms by irrigating at the right times, reducing erosion and other waste, and accurately assessing soil moisture levels, thus identifying irrigation requirements at any spot. The replacement of manual irrigation with automated valves and systems also removes the human error factor, such as failing to turn off a valve after watering the farm and saving electricity, time, and valuable resources. There is no space for the wastage of resources in a smart irrigation system as soil moisture sensor detects any risk beforehand. As a consequence, there are cost advantages that can also be achieved. The risks of crops dying due to unnecessary or inadequate irrigation are negligible by replacing the conventional watering system with a completely self-operating one which ensures that farmers may not have to think about repeated replacement of crops.

To help turn data to the irrigation system multi-controller unit, different types of sensors are used. Each module is devoted to collecting and transmitting unique information. To measure the water level of the ground, the first module is the soil moisture sensor (SMS), which measures the dielectric constant of surface soil. The level of moisture here, is directly proportional to the constant dielectric reading. They can either be on-demand or bypass SMS controllers. The other type of sensor, which usually uses advanced resistance temperature detector components (RTDs) to reliably measure soil temperature levels, is the temperature sensor. Such connected systems in a smart irrigation system are responsible for turning the pumps on or off at any time, as per the specific soil moisture conditions. Soil moisture sensors deliver on-field irrigation that is much more effective than conventional timer-based sprinkler systems. For soil moisture sensors there are no chances of over-spraying or overwatering. Users can log in to Global Market Database, which is a free market research tool which helps its users understand the Smart Irrigation market over the next ten years.

Though smart soil moisture sensors have several advantages, they do not in any way weigh in climate-related variables, and that remains a drawback. A smart irrigation system also has pre-tested LED bulbs, with microcontrollers at its heart. The bulbs light up when the on-field sensors indicate that the moisture has declined below the threshold level, meaning that irrigation opeartion has to be triggered. It would not be effective to set up gateways, pumps, and other equipment, unless the soil moisture sensors are accurately positioned in the farms, the decisions made by the smart irrigation system can be very counterproductive. Users must ensure that the soil moisture sensors at all times stay in contact with the soil surface, exclude the possibility of any air gaps, and are positioned at least 5 feet away from irrigation points, property lines, houses, and high-traffic areas.

In India, agriculture accounts for 18% of the Gross Domestic Product (GDP) of the nation. With respect to the 2011 census, there are 118.9 million farmers nationally or 24.6% of the overall workforce of over 481 million. There are 144 million individuals employed as agricultural laborers, too. The overall agricultural-related workforce is about 263 million, or 22% of the population. In India, the issue of water erosion affects approximately 25% of the land surface. The conventional channel type irrigation induces water wastage and soil erosion. India’s per capita water supply fell nearly 15% from 1,816 cubic meters to 1,545 cubic meters in 2011. The Indian government has emphasized and addressed the need for advancement in the agricultural sector and is also aiming for a sign of exposure to technologies and advanced implementation activities to increase the yield. The Indian numbers for smart irrigation system are also covered in the free market research tool, Global Market Database. The users would need to register on the website to access the free market research tool.

In India, 80% of the total annual rainfall takes place in four months, from mid-June to mid-October. Compared to the Long Period Average (LPA), the overall rainfall has been falling year by year for the last decade. So, for the remainder of the eight months, it is very important to irrigate the farm area. Due to increased demand from the industrial and domestic sectors, especially in developing nations, the accessibility of water for irrigation system has declined day by day. The agricultural sector is the biggest consumer of water in India, where it is mainly used for irrigation system. Hence, using a smart method of irrigation to improve the quality of water usage, and moisture sensors to assess the right soil moisture without raising production costs would be of great benefit to the crop production system in India. 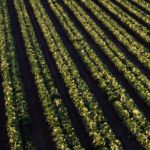 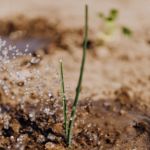