Each day, cybercrime is continuing to grow more tactical and harmful, using superior intervention methods to install viruses and compromise data. As one’s dependence on the Internet and cloud-based services grows, one of the significant cyber security issues impacting small and mid-size enterprises is keeping operational processes secure. To sustain pace with the emerging network and email attacks, modern data security measures such as cloud-based sandboxing and secure online gateways have been developed. The Internet has swiftly become a major attack platform with over 4.5 billion active internet users. According to the market database, approximately 43% of breaches in 2019 were attacks on web applications.

There is no lack of means of attempting to intercept the information. By inserting fake URLs, attachments, and files in spam messages, cybercriminals can obtain access to a business or individual’s network.  Safe network gateways inspect every byte of web traffic, including encrypted traffic, and use cloud sandbox tools to examine questionable web data for malicious intent.

According to the market database, sandboxing program is a system for software administration that isolates systems from other applications and vital machine resources. It offers an additional layer of security that protects the device from being adversely impacted by viruses or malicious applications. A system may have free access to all processing power and user data on a computer without a sandboxing program. Thus, a sandboxed platform can only access resources in its own “sandbox.” The sandbox of an application is a constrained storage space and memory area containing only the resources that the system requires. Authorization is to be explicitly granted by the system if a program wants to access data or files outside the sandbox.

For example, if a sandbox program is installed on OS X, a special directory is generated for the sandbox of that application. The software provides limitless read and writes access to a sandboxed directory, but unless permitted by the system, it is not allowed to read or write any other files on the computer’s storage device. Usually, this access is granted via the Open or Save dialogue box, all of which require direct input from the user.

Sandbox program allows users to create an enclosed test environment inside a framework. In this way, a program can perform certain operations, without it being able to cause risk to the hardware. Sandboxing is for securing the operating system and shielding it from viruses. It is considered a standard method in both software development and data security since it provides major enterprises with the protection required to limit system harm and cyber threats.

A common stand-alone software when it comes to sandboxing technologies is Sandboxie. This provides Windows users with a ready-made sandbox. If enabled, all hardware writ accesses attempted by a potentially damaging software are diverted to a folder that the user can identify before the evaluation. Files stored in the sandbox can be transferred to the operating system. Users can handle several sandboxes at the same time within these programs. The advantages associated with Sandbox Programs can also be examined using Global Market Database.

Sandbox in the operating system

Some sandbox programs provide users, with the support of layers and levels, to use the sandbox directly in the user’s software code. Therefore, although self-contained, it is a part of the operating system. Users enter certain criteria for the length of the respective program, like most sandboxing applications, allowing for targeted analysis of the sandbox. Users get an advanced Windows Sandbox as standard with Windows 10 (from version 1903, build 18305), which can be initiated or disabled by themselves.

According to the market database, the key benefit is that it prohibits external risks from being exposed to the user’s host computers and operating systems. If a user is dealing with new suppliers or untrusted sources of software, before introducing it, he/she can verify new software for risks.

Sandboxing serves as a supplementary approach to the user’s security products and policies providing the user with double protection. Customer satisfaction, as well as the increased implementation of this technology, can be studied via market research tools.

Although sandboxing equips users with additional reliability it can also limit an application’s capability. For instance, the commands executed at the system level cannot allow command-line input. To operate properly, utilities such as backup programs and keyboard shortcut managers cannot be given adequate support. For this reason, it is not possible to sandbox some programs.

Another powerful deceptive approach is to make it easy for the malware to identify whether it is in a virtual environment and to stay inactive until it is detected on a specific computer. The reduction in cybercrime rates due to the inception of sandboxing can be examined using Global Market Database. Further information about the market segments and their impact on the global markets can also be studied using this market research tool. 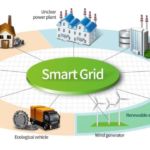 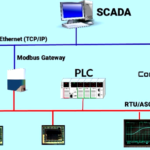