Many drugs cannot penetrate the Blood-Brain Barrier (BBB) to the extent that they can treat Central Nervous System (CNS) disorders. Most medicines and solutes cannot cross through the endothelial cells of blood capillaries supplying the brain because of tight junctions. The BBB effectively prevents hydrophilic compounds from entering the brain tissue from the vascular compartment. Due to the intersections between the cells, capillary walls do not flow in bulk like other tissues. In the past few decades, several innovative approaches to drug delivery may overcome the challenges associated with crossing the BBB.

According to the market database, nasal delivery or nasal spray is one approach to delivering drugs. The scientific evidence suggests that delivery through the nasal route may result in higher concentrations of drugs that can cross the BBB. This requires careful consideration of physicochemical, pharmacological properties, and potential CNS toxicity. There are significant differences in the nasal anatomy and physiology of different animal species and humans. It makes it very difficult to establish a direct correlation between them. The brain can be delivered more efficiently with various formulation approaches using mucoadhesives, absorption enhancers, and specialized reagents.

According to the market database, Nanopharm Ltd and Leyden Labs will develop products that may provide broad protection against respiratory viruses. With its platform, Leyden Labs develops product candidates that can combat multiple strains of a virus simultaneously with a single product. To prevent being infected by new viruses and recurring seasonal outbreaks such as influenza and coronaviruses, it is developing products that can protect people from the transmission of viruses.

To prepare Leyden Labs for Phase 1 clinical studies, Nanopharm will screen and develop a liquid nasal spray formulation, including performance testing and nasal deposition studies. As part of the development process, they will use mucoadhesive technologies to form formulations to achieve maximum deposition and retention in the nasal cavity. It is also possible to test the long-term stability of a powder system.

Developing safe, effective formulations to target respiratory viruses is Nanopharm’s expertise. As a result of this partnership, they can quickly bring product candidates to people in need of better protection against pandemics and seasonal outbreaks like those caused by influenza and Coronaviruses. The formulation development will take place at Nanopharm’s facility in Newport, United Kingdom.

According to the market database, Tiziana plans to conduct a phase 2 randomized, placebo-controlled trials in Brazil for moderate to severe hospitalized patients to test the drug in more compromised patients. It is suggested that abnormal immune responses may lead to pulmonary inflammation in patients. As a result, nasal treatment with Foralumab, to modulate the immune system and stimulate Regulatory T cells is a scientifically logical approach for the treatment of Covid-19. Additionally, foralumab is the only monoclonal antibody capable of affecting systemic immunity by affecting the epithelia of the nose, respiratory tract, and gut.

According to the market database, researchers at the University of York have developed nasal spray treatment for Parkinson’s patients. In conjunction with the drug levodopa, researchers have created a gel that adheres to tissue inside the nose, helping direct passage to the brain. Parkinson’s patients cannot produce dopamine in their brains; levodopa makes up for this deficiency and helps control the symptoms. On the other hand, extended use of levodopa reduces its effectiveness, and higher doses are required.

According to David Smith, a professor at the University of York, the current drug used to treat Parkinson’s Disease works briefly, but quickly breaks down in the body before reaching the brain. Therefore, the dosage must be increased, and in later stages, the drug may have to be injected instead of taken as pills.

As a more effective delivery due to its direct connection to the brain, nasal sprays pose a challenge in making it adhere to the nasal tissue long enough to release an effective dose of the drug. They created a gel, containing levodopa, that could flow into the nose as a liquid, then rapidly transform into a thin layer of gel inside the nose. Researchers at King’s College London have successfully released levodopa directly into the brain using this method. Currently, the team is developing nasal spray devices to incorporate these materials into human clinical trials. The approach may also apply to other neurodegenerative diseases, such as Alzheimer’s. The Nasal drug delivery market and its 10-year business outlook can be understood using Global Market Database. 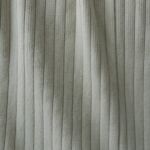 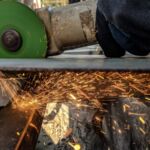