A prefilled syringe is described as a syringe filled with a fixed quantity of the drug material that needs to be administered. According to the market database, these prefilled syringes (PFS) are better than the traditional vial-needle mechanism. Filling the syringes from the vials can result in contamination and an increased possibility of errors during administration. People who opt for the self-administration route can face greater difficulty in filling the syringes and lead to wastage of doses.

PFS is immune to all the mentioned drawbacks witnessed in the traditional mechanism. Market research reports state that they offer significant advantages such as accessibility, accuracy, convenience, affordability, sterility, safety, and ease of disposal. Greater demand for advanced drug delivery systems is witnessed due to COVID-19, thus changing the business outlook. Several research institutes and market players made use of these syringes for testing and administration purposes. To vaccinate a large number of populations, retail options of vaccines are proposed which are expected to be in PFS to drive accessibility and affordability.

According to the market database, other applications of PFS are witnessed in diabetes, arthritis, cancer, anaphylaxis, thrombosis, ophthalmology, cardiovascular diseases, and others. The use of cases of diabetes has dominated the market due to the need for quick availability of drug mixtures that need to be administered.

Classification Based on Type:

Disposable prefilled syringes are crafted for quick applications and are less durable. The reusable prefilled syringes are loaded with the initial dose and can be refilled through a vial. According to the market database, the major disadvantage in both types is the absence of an integrated safety mechanism. This has led to greater injuries to the individuals while administering the doses. Such injuries act as a restraint for these prefilled syringe types. The key restraints of this market that alter the business outlook can be studied through platforms like Global Market Database.

Safety prefilled syringes are manufactured to counter the drawbacks presented by conventional needles. They are generally comprised of four major components which include sleeve, body, plunger, and spring. These types of syringes provide a lock system to hold the needle in position and improve the overall accuracy. Post administration of the drug the needle rolls back automatically without any user intervention. Such factors greatly contribute towards reduced injuries and a positive business outlook for safety prefilled syringes.

Market data also suggests that plastic prefilled syringes are expected to be the fastest-growing and contribute significantly towards business recovery. This is due to the constant innovation in plastic and improved efficacy as compared to glass-type syringes.

A large number of manufacturers have started to produce plastic prefilled syringes that offer high heat resistance, less permeable to water and lightweight. Introduction of advanced polymers such as polypropylene and crystal-clear polymer and expected to sustain the demand in this type.

The PFS is available in different designs according to the use case. Based on design the market is divided into single-chamber, dual-chamber, and customized prefilled syringes. Market research reports suggest that the single-chamber syringe design has experienced a greater share in the market. It offers significant advantages such as less overfill, reduced material requirements, less drug wastage, ease of use, simple storage, and easy to dispose of. The design is highly prevalent as manufacturers incur less cost for production. According to market analysis, high demand in hospitals and by individuals has also contributed towards the popularity of this design type.

Market research tools suggest that dual-chamber syringe design is very niche and is expected to grow fast due to greater innovations. According to the market database, the design consists of partitioned chambers, the front chamber can be filled with the drug material, and the back of the chamber with the diluent. In special cases, both the chambers can be filled with the drug material of the same type or different types which is intended for dual delivery. Dedicated filling equipment for dual-chamber is required by the manufacturers as the filling mechanism is different from the single-chamber type. A greater number of steps are involved in the delivery process which has acted as a restraint for self-administration purposes.

According to market research tools and secondary research through market research reports, the prevalence of chronic diseases, technological advancements, greater adoption of biosimilars, increased awareness of self-administration, and government policies are the major factors that have contributed towards an optimistic business outlook for PFS. According to the International Diabetes Federation (IDF), globally 436 million adults (9.3%) were suffering from diabetes. More than 1.1 million children and adolescents were living with type-I diabetes in the same year.

Market research tools suggest that greater importance is observed towards advanced drug delivery systems to improve the accuracy and use the same in the treatment of other diseases such as cancer and cardiovascular ailments. According to the World Health Organization (WHO), in 2018, the total number of cancer cases was reported to be 18 million. A shift towards safety PFS is also observed to arrest the injuries caused by needles according to the market database.

Improved research activities coupled with public and private funding are expected to drive business recovery in this market. According to a market research report published by Geneva Association, in the last two decades, the share of total aggregate global expenditure on healthcare in GDP has increased from about 8% to almost 10% or an estimated USD 8 trillion per annum.

The market database suggests that the initial stages of the COVID-19 induced pandemic which led to lockdowns across different countries impacted the growth of this market. The lockdowns in some countries were more stringent as compared to other countries which resulted in supply chain disruptions. The manufacturing activities were halted and patients migrated towards self-administration initiatives. The impact of COVID-19 on the overall healthcare module can be assessed through Global Market Database. The market intelligence tool can provide custom market research reports to cover the overall market outlook which is specific to a client’s requirement.

The arrival of vaccines in the liquid form and unshackling of the economies has resulted in a sharp revival for the market. According to the market database, the pent-up demand by the patients to visit the hospitals for administration has contributed towards the business recovery. COVID-19 also introduced the digital shifts in the healthcare module and infrastructure. Telemedicine and video consultations boosted the growth of the self-administration sector. The market database suggests that advancements in e-medicine stores offer the capability to deliver the PFS to the home at a low cost depending on the prescription.

Electronic Health Records (EHR) are more prevalent in the COVID-19 scenario. This has led to innovations in the connected syringes technology which can store the time, date, and dose administered. Such information can be used by patients for self-awareness and to share information easily with medical professionals.

Secondary research performed via market research tools indicate that the European PFS market has experienced a larger share as the market dynamics are more matured as compared to other regions. According to the market database, the availability of key market players in the region along with quality assessment by improved Good Manufacturing Practices (GMP) has contributed towards the growth in this region. Market research suggests that improved research activities coupled with greater acceptance for self-administration practices have led to a positive market outlook. In 2018, a major market player in Germany launched the world’s first lubricant-free PFS.

According to the market database, this region is anticipated to be fast-growing and adds significantly to the PFS market. This is due to increased cases of chronic diseases and the region recorded the highest number of COVID-19 cases. According to the National Institute of Environmental Health Science, in 2017, 24 million people had a condition of autoimmune diseases in the U.S.A. Furthermore, 8 million people had auto-antibodies which are the blood molecules that indicate a person has a chance to develop an autoimmune disease. The competitive mapping across NA can be studied through platforms like Global Market Database.

A dense distribution network and well-established healthcare infrastructure in the region are expected to boost a positive business outlook and quick business recovery. Further contributing factors include improved research capacity and constant government funding towards healthcare. A major company in the U.S in 2018, developed a two-step disposable auto injector to improve the administration process and provide better safety. 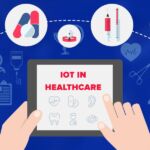 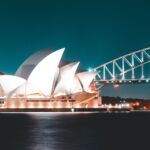