Lasers produce light beams that are coherent, monochromatic, well-controlled, and accurately directed. Although lasers are ineffective for wide lighting, they are perfect for focusing light in space, time, or specific wavelengths. Many people were initially exposed to laser light technology through laser light shows at concerts in the early 1970s, in which moving laser beams of various colors projected shifting patterns on planetarium domes, music hall ceilings, or outdoor clouds.

Gas lasers, fiber lasers, solid state lasers, dye lasers, diode lasers, and excimer lasers are all examples of laser light technology. Many of the things that we use on a daily basis contain lasers. To read data from discs in consumer devices such as Blu-Ray and DVD players people uses laser technology and also to process data in bar code scanners. Many medical treatments, such as LASIK eye surgery, involves the use of lasers light technology. In manufacturing to cut, engrave, drill, and mark a wide range of materials people uses laser technology.

According to Market Database, Laser technology market have exploded in recent years. Laser beams’ special qualities allow them to be focused into tiny places, travel great distances without deviating, and be turned on and off quickly, making them excellent for a variety of applications, including digital data transmission. Market research tools indicate that the majority of laser a can be divids into three categories. That is, information transmission and processing, precise energy delivery, and alignment, measurement, and imaging. These categories encompass a wide range of applications, from precise energy delivery for delicate surgery to heavy-duty welding, and from routine ceiling alignment to atomic property studies in the lab.

A microwave laser with an AC Josephson junction was demonstrats by TU Delft researchers in 2017. The laser is more stable than conventional semiconductor research – based lasers because it operates in the superconducting region. Quantum computing applications have also been made possible with the use of innovative laser technology. The smallest mode locking laser capable of delivering pairs of phase-locked picosecond laser pulses with a repetition frequency up to 200 GHz was demonstrated by researchers at TU Munich in 2017. Researchers from the Physikalisch-Technische Bundesanstalt (PTB) and JILA, a joint institute of the National Institute of Standards and Technology (NIST) and the University of Colorado Boulder, set a new world record in 2017 by developing innovative laser technology known as an erbium-doped fiber laser with a linewidth of only 10 millihertz.

According to Market Database, in practically every aspect of medical science uses lasers. Because the high-intensity, high-power laser beam is suits for tissue cutting, a big surgical instrument can be used instead of a scalpel. Market analysis shows the employment of lasers has several advantages, including the prevention of bleeding, the reduction of the risk of injury, and the prevention of damage to nearby cells. Forging the detached retina into the choroid is commonly done with a laser. Diabetic rehabilitation, macular degeneration, and hemorrhage are some of the other major eye problems that are treated. These disorders treat with an argon laser or a krypton ion laser. Glaucoma is a condition in which the pressure inside the eyeball rises, causing damage to the retina and finally blindness. The Nd: YAG laser is used to drill a small hole in the eye to relieve the pressure and save sight. Through a treatment known as radial keratotomy (RK), the laser is used to adjust the shape of the lens, for example, in myopia.

Precision operations such as heart surgery and neurological intervention rely heavily on the accuracy of laser surgery. It is now possible to treat hemorrhagic ulcers without making any incisions in the body by using a fiber-optic endoscope with a laser. Another example is the treatment of blocked arteries giving blood to the heart, which causes myocardial infarction. So far, the only treatment has been by-pass surgery, which involves replacing a clogged artery with one taken from another area of the body. Market research shows cancer can also be treated by image radiation treatment. A dye called hematoporphyrin derivative (HPD) has the ability to target cancer cells specifically. The Hpd molecule decays when powerful lasers from the gold laser irradiate gold, and oxygen releases an anti-cancer chemical that kills cancer cells and tissues.

According to Market Database, an Indian scientist has invented an automated system for the repair and restoration of high-value components that require minimal human participation, such as molds, turbine blades, and aircraft components. A faulty component that requires repair will be scans autonomously for damage detection with a laser scanner. The deposition path will be selects based on particular algorithms with the help of the innovative laser technology. The material will be deposits using the laser-directed energy deposition (LDED) technology, followed by finishing and automated inspection of the repaired product.

Market research indicates existing repair processes, such as welding and thermal spraying, are haphazard and lack precision. Furthermore, all existing technologies are manual, and the quality of repair is determine by the skill set of the individual performing the work. According to Market Database, the laser technology is predicts to propel the restoration and repair industry forward. By creating a cutting-edge laser manufacturing environment that will support Atmanirbhar Bharat initiative and expand laser technology market. 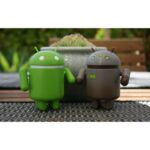 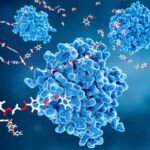