The objective of this technology is to track network assets to detect unusual network activity and violations. According to the market database, this idea has been around for almost two decades, but only recently has it seen a significant surge in popularity and integration into the overall system for data security. Market research tools state that the detection of intrusion was founded in James Anderson’s paper, Computer Security Threat Monitoring and Surveillance, published in 1980. Since then, intrusion detection has been progressed to its present state in the global market by numerous polar cases in system technology.

In the early 1990s, commercial implementation of intrusion detection system commenced. Market database suggests that Haystack Labs, with its Stalker line of host-based devices, was the first commercial provider of IDS software. A type of host-based intrusion detection system called the Computer Misuse Detection System was also developed by SAIC (CMDS). At the same time, the Automated Security Measurement System (ASIM) was developed by the Air Force’s Crypto logic Support Centre to track internet traffic on the US Air Force’s network. The evolution of the Intrusion Detection Systems Market can be studied using Global Market Database. The cloud based market research tools studies the shift in line with changing market trends.

Market research tools indicate that substantial progress has been made by ASIM in solving the issues of scalability and portability that formerly hampered NID products. Furthermore, ASIM was the first approach to have both a hardware and software solution for detecting network intrusion. ASIM is still in use and operated at locations around the globe by the Air Force’s Computer Emergency Response Team (AFCERT). According to the market database, the development group on the ASIM project founded a commercial company, the Wheel Group, in 1994. Net Ranger, the product developed by the Wheel Group was the first commercially viable network intrusion detection system.

Only around 1997, the market started to gain traction and fully bring in revenue. According to the market database, a network protection system called Real Secure was established by the security industry leader, ISS, that same year. A year later, Cisco realized the value of detecting network intrusion and acquired the Wheel Group, achieving a security solution that it could provide its customers with. Consequently, Centrex Corporation, the first recognizable host-based intrusion detection system, resulted in the emergence of the merger of Haystack Labs’ development staff and the dismissal of SAIC’s CMDS team. From there its market-based was extended by the commercial IDS industry and a roller coaster ride with start-up firms, mergers and acquisitions followed. The high growth segments within this market can be identified using Global Market Database. The market research tools provide free market information for the first 5 Global Market Database website logins.

According to the market database, intrusions on networks have become the norm today. Phishing attacks are an industry worth USD 5.3 billion and, as per the FBI, attacks are projected to reach USD 9 billion in 2020. Security techniques such as network intrusion detection and prevention system (IDPS) are responsible for spotting intruders before they can do significant harm. Two different methods are commonly used by today’s intrusion detection and prevention system to determine when an attack might take place. Detection based on signatures looks for signs of known vulnerabilities. It takes action to prevent the attack when it detects behavior associated with a previously defined attack. This detection type is equivalent to conventional antivirus technology in that only attacks that have already been detected can be prevented. The drawback is that different types of attacks that have not been experienced previously cannot be detected or avoided.

Technological advancements and their market aspects for this Market:

Technological advancements with respect to these systems can be studied using Global Market Database. The cloud-based market research platform studies the shift in line with changing market trends. Global market database studies the impacts of upcoming technologies on the existing global markets. This analysis can be used by technology developers in their respective fields to study competitive mapping across their respective sectors. The first five logins on the Global market database provide free market information across 600+ markets and 12 different industries.

According to market research tools, statistical anomaly-based identification is the second technique for detecting attacks. An intrusion detection and prevention system that uses this approach will compare the behavior of the current network with what is standard. It may send a warning or take other mitigation options to improve security when it detects an aberration. The advantage of this technique is that it can detect zero-day attacks, but the downside is that it can lead to false positives. Market research tools indicate that artificial intelligence and machine learning algorithms are used by some newer technologies to help define the norm of normal operation and minimize the false positive rate. To benefit from the advantages of both methods, many solutions combine both signature-based detection and anomaly-based detection.

Market research tools suggest that factors such as the attributes of the network environment, the goals and objectives for use of an IDPS, and existing organizational security strategies need to be considered when deciding which type of intrusion detection and prevention system an enterprise can use. In the end, two types of IDS/IPS exist network-based and host-based. On network segments, like wireless or some other network that is chosen, a network-based IDPS operates. On the other hand, a host-based IDPS operates on servers. Global Market Database can be used by upcoming marketers within this Market to understand its growth dynamics. Market Data procured from market research tools can also be used to make a year-on-year comparison for the global market scenario and the market penetration for this technology.

Today, several enterprises have diverse environments in the global market. Rendering is a must to implement more than one type of intrusion detection and prevention system. However, it is important to thoroughly analyze the enterprise’s needs before incorporating various types of IDPS solutions. They are a critical component of the cybersecurity approach, regardless of what type of intrusion and detection system an organization uses. Getting a robust IDPS in action is a must to counter the evolving attacks all organizations are facing. 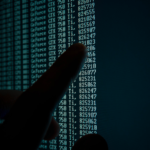 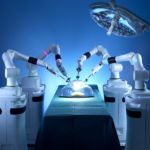