The pandemic had a major impact on Mass Transportation. The demand-supply differences are evident in every market. Trade has plunged all over the globe as Covid-19 overturns the global economy. The combination of lockdowns and outspread of the virus through mass transport modes have impacted the transport sector. The crisis has impacted all modes of transport, from vehicles and public transport in cities to buses, trains, and aircraft, both nationally and globally. According to the market database, global road transport activity by the end of March 2020 was nearly 50% below the 2019 average, and commercial flight activity nearly 75% below 2019 by mid-April 2020.

The entire Wuhan Metro network, along with other transportations in the city, including national rail and air travel, was shut down on 23 January 2020 to stop the spread of the virus. The day after the shutdown in Wuhan City, Beijing Subway began testing the body temperature of passengers at the entrance points of 55 subway stations, the three major train stations, and the capital airport, later the temperature controls were extended to all subway stations. To better monitor the spread of the virus, some Line 6 trains have been fitted with smart security cameras which can identify passengers who do not wear masks.

The shutdowns would be a temporary measure that would be suspended once the pandemic ends, New York stations were closed overnight for cleaning from May 2020. The Metropolitan Transit System (MTA) announced that their families would be eligible for USD 500,000 in death benefits. By 1 May 2020, 98 transit employees had died because of COVID 19. According to the market database, strict lockdowns were imposed in the U.K., resulting in a decline of 95% in mass commute.

Precautionary measures defined by World Health Organization (WHO) are expected to be followed by the drivers to ensure passenger safety. It’s suggested in Ola and Uber rides that both rider and driver should wear a mask. The passengers should confirm that they have taken specific safety steps each time they ride and that even drivers are required to complete a similar checklist. Before and after each ride, all contact areas must be sanitized. Drivers should have a daily temperature check and should stop driving and rest if the driver has a high temperature above the normal temperature.

Most of the buses have incorporated very few passengers to keep physical space. By maintaining room between two passengers, zone-wise queuing, screening, and station control crowds, the Government is expected to take major steps for the reinstatement of metro trains.

All preventive measures are acknowledged by airlines, with a view to the health and safety of aircrews and passengers, Personal Protective Equipment (PPE) kits are provided in all airlines to ensure the safety of cabin crew. Wearing masks is compulsory for all passengers and they must go through thermal scanning and travel is not allowed to those with high temperatures.

According to the market database, the pandemic has shattered the basic economics of a profitable business model in mass transportation. The worst hit in the aviation sector, with International Air Transport Association (IATA) predicting that the recovery would be spread across 2-3 years. The pandemic has also acted as a driver for the early retirement of large aircraft fleets. It is also expected that the sub-100-seater aircraft could experience high growth post-COVID. This can be witnessed from the shift in airline buying patterns, wherein most of the orders are postponed or deferred.

The past two decades have witnessed an increase in similar pandemics, a few COVID habits like wearing masks might continue post-pandemic due to the psychological fear factor. It is obvious that in the post-pandemic scenario, the transportation sector will rise. However, it would be interesting to witness the pre-checks required and also if equipment like thermal scanners and mask vending machines would be a part of the mass transport OEMs manufacturing list. Similarly, it would be interesting to see if the road mode of transport also replicates the shifts towards lesser passenger capacity vehicles, similar to the airline trends. If yes, then we can expect a transport revolution in the pandemic era in the mass transportation market. Business Leaders interested in following this market could use Global Market Database to get updated market numbers. 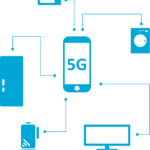 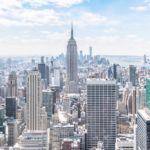