According to the market database, obtaining immunity against disease and infection is challenging. It is because these abnormal cells frequently mutate, which helps them evade the immune system. The purpose of cancer immunotherapy is to alert the immune system to detect these mutated cells in order to identify and destroy them.

Treatment of Angiosarcoma Cancer by Immunotherapy

Recently, the SWOG Cancer Research reported partial or complete responses in four out of 16 patients with a rare form of cancer known as angiosarcoma. The patients were treated with immunotherapy drugs known as nivolumab and ipilimumab. In another two patients, the drug combination managed to stabilize their disease. In some patients, the response to treatment has lasted over a year, and at least one patient’s tumors have completely disappeared.

There are only a few effective treatment options for angiosarcoma, which can prolong the life of patients. Hopefully, patients with a durable response to immunotherapy will live longer and have a better quality of life.

The DART study (Dual Anti-CTLA-4 & Anti-PD-1 blockade in Rare Tumors) tested ipilimumab and nivolumab against a variety of rare cancers. In the NCI’s Cooperative Research and Development Agreements with Bristol-Meyers Squibb, the makers of both drugs, immune checkpoint inhibitors are made available for clinical testing.

According to the market database, researchers at the Wake Forest Organoid Research Center (WFORCE), United States, have used patient-specific tumor organoids. The research was conducted as a pre-clinical platform for evaluating immunotherapy for appendiceal cancer. This form of cancer is one of the rarest forms of cancer.

The organoids were created by WFORCE to predict potential treatments for appendiceal cancer, which is resistant to systemic chemotherapy. The Wake Forest Institute for Regenerative Medicine (WFIRM)’s body-on-a-chip system allows researchers to engineer organoids that function in a very similar manner to actual human organs. A new study showed that various types of immunotherapy tested on organoids can potentially support treatment decisions and can achieve personalized results, identifying beneficial therapies without causing harmful side effects to patients.

Market database states that the tumor tissue of patients was used to grow the organoids, which were then treated with one of three immunotherapy drugs and assessed for responsiveness. In this study, the researchers reconstructed tumors from patients as organoids, supercharging them with an immune system directly derived from their cells. They were able to create a personalized interface to study how effective immunotherapy drugs are at activating a patient’s immune system to fight cancer.

According to the market database, new technologies and biological models that improve prognostication will have a significant impact on patient mortality. The use of organoids in preclinical tests can provide a framework for developing new therapeutics that are capable of targeting and controlling tumor cells specifically without causing side effects in healthy tissues. The use of this technology can improve the overall quality of life for patients suffering from rare cancers like appendiceal cancer. The Immunotherapy Drugs market and its 10-year business outlook can be understood using Global Market Database. 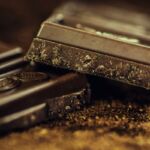 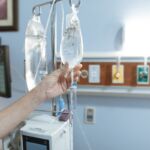