German Chemical Industry acts as a strong support system that promotes invention and system integration. Germany offers a good logistical plan to its investors thus laying out a strong groundwork for product development.

The German Chemical industry started experiencing a downfall in April 2019. The exports and the industrial output for this market fell drastically. The exchange pressures and proceeded Brexit’s instability are weighing on worldwide growth. According to chemical market research reports released by the VCI Chemical Industry Association, the volumes of production are anticipated to reduce drastically. The German chemical and pharmaceutical industry are hereafter experiencing a decline. The VCI estimated that the revenue generation for the market would be down by 2.5% to reach a value of USD 234 Billion approximately.

The slowdown is due to the reducing demand for export chemicals. Fine & specialty chemicals took a hit in terms of demand by 4%. While the polymers market has been down by roughly 7%. The chemical production sector reached a point of stagnation for the year 2019. The production reduced by 3.5%, and the producer costs rose by roughly 1%.

Chemical market research reports have been used to cover the technical analysis for the heat transfer fluids sector. Another key source for the market numbers includes Global Market Database (GMD). The cloud-based market research platform provides the changing market data for the changing market trends. The platform can be used as a means to understand the shifting paradigms of the market. The data obtained is especially useful for forecast analysis.

Heat Transfer fluids are used to regulate the temperature in a process. They are gases or liquids that are used to transfer heat energy from a high-temperature zone to a low-temperature zone. These fluids are majorly employed in heat exchangers. Very often the product stream released from distillation or a reactive distillation column is in the form of a vapor. Therefore, in order to store the product the stream, it is essential to condense the same. Hence, the product stream is supplied to a HEX which in turn condenses the fluids with the help of a coolant.

Gases such as nitrogen, hydrogen, helium as well as argon can also be used as heat transfer fluids. These gases are used when heat transfer fluids in the liquid state are unstable with respect to a reaction. The pressure typically needs to be elevated in case of gases to facilitate higher flow rates with low pumping power.

The company recently devised a cooling fluid called FRAGOLTHERM X-T9-A. This product can be applied to devise a low-temperature zone in order to carry out a process. The key component of this mixture is a specially modified mixture of polydimethylsiloxanes. The product has been successfully tested for an air cycle refrigeration system. It can be used as a refrigerant to provide temperatures below -120°C.

FRAGOLTHERM X-T9-A has a low viscosity, high thermal conductivity and the difference between phase transition temperatures is also high. Additionally, the cooling liquid is non-corrosive thus reducing the maintenance cost associated with the equipment. 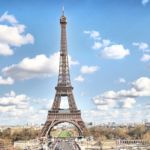 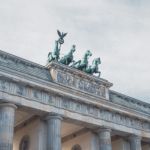