BFS (Blow-fill-seal) technology is a form of advanced aseptic manufacturing. In BFS, the container is formed, filled, and sealed in an automated system, in one continuous process. According to market database, the risk of foreign particulates and microbial contamination is reduced by reducing human intervention. This is considered to be one of the primary advantages of BFS. In liquid pharmaceutical applications the Blow Fill Seal technology is used, for example, small containers for ophthalmic and respiratory drug ampoules, as well as large volume containers for dextrose and saline solutions. Recently Blow-fill-seal technology has been entering into biologics, and injectables, including monoclonal antibodies and vaccines. Market database suggests that Filling Vs sealant, the filling is the process in which the container is filled with the product amount precisely through the mandrel as measured by the dosing system. Sealing is the process in which the mandrel is removed, the head mold closes and the vacuum forms the required closure.

The basic process of BFS has the following five principal stages, i.e. According to market database, a tube called parison is formed by a medical-grade plastic resin, which is molten in an extruder and extruder through a nozzle, and blown with sterile air. Market analysis suggests that these cut parts or parison are then blow molded into a container shape within a two-part mold. Then the container is filled with the formulation. The filling mandrels are retracted and a top model secondary seals the container, finally. All the above actions take place inside a machine, inside a sterile shrouded chamber. The product is then discharged for labeling, packaging, and distribution to a non-sterile area.

A new technology called ADVASEPT was recently launched for “Glass-free-delivery” of injectable drugs, using the technology, BFS. Many of the concerns associated with traditional glass vials are reduced using aseptically filled polymeric containers, including accidental glass breakage and glass particulate contamination. Since the technology involves new container closure, it is important to measure the stability of the drugs in the polymer container to identify any concerns with leachable and extractable.  A two-year study comparing glass and plastic containers for biologics are undertaken. After nine months, the data is positive.

Blow fill seal technology is beneficial for biologics, which can be processed aseptically and typically cannot withstand terminal sterilization. Though there are concerns that the containers are at an elevated temperature during the filling process, to control the impact of heat exposure much development work has been done. Market database states that controlling the process tightly is crucial for heat-sensitive applications.

Business intelligence tools suggest that blow-fill-seal equipment is operated within a cleanroom, to enable aseptic processing. In addition to the container design, equipment parameters, and product characteristics, the production environment in the clean room, including humidity and controlled room temperature are more important to consider. For producing biologics, both biosafety requirements and GMP need to be considered. For correct integration of equipment in the safe operation of the facility and cleanroom, an interdisciplinary approach must be used.  Inside the clean room, using steam, the product-contact path of a BFS system is typically sterilized. Moreover, for maintaining sterility the fill area of the system is a crucial section. Traditionally, the fill area is manually sanitized. Recently a patent-pending, automated system using nitrogen dioxide is introduced, which sterilizes depyrogenate the fill area, which provides additional sterility assurance. Nitrogen oxide sterilization has less sterilant and hence it is particularly used for biologics.

Market analysis states that some of the advantages of BFS are user-friendly containers are, they are unbreakable, there is a wide range of containers shape and sizes, specific administration, and application regimes straightforward adaptation. According to business intelligence tools,  highly sensitive formulation for a superior choice, Safety condition ISO class five, Approved by FDA, EMA, and other regulatory agencies, Under US Pharmacopoeia guidelines recognized as an advanced aseptic process, In seconds manufacturing, filling, and sealing of containers is done through a full automatic process, Compared to conventional filling systems it requires significant small spatial requirements. Exceptional product and process reliability, maximum filling precision, unlimited scope in terms of container design virtually, plastic containers are shatterproof, ideal for aseptic filling of gels and liquids, and necessary cleaning and sterilization process are done automatically. The Blow-fill-seal technology process also allows the construction of more shorter and reliable production and logistic chains, which mitigates the requirement of separate delivery, sourcing, and handling of glass containers. 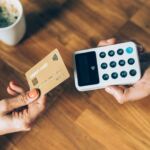 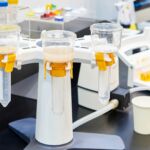