Global Fuel Cells Market trends have indicated optimism due to the increased focus on alternate fuel sources. An electrochemical cell that converts chemical energy into electrical energy is known as a fuel cell. Fuel cells (FC) differ from conventional batteries in terms of the source of energy used. The system makes use of a continuous source of fuel as well as oxygen to facilitate the reaction. The chemical energy is transmitted through metals and their ions or oxides that are present in the battery.

Essentially, the layout consists of an anode, cathode as well as electrolyte. The electrolyte serves as the medium through which the cations and anions are transferred to the respective electrode. The transfer of ions creates a charge transfer. Moreover, the electrolyte helps complete the circuit allowing the flow of electricity. Consecutively, electrons flow from the anode to the cathode through an external circuit, producing direct current electricity. In addition to electricity, FC produces water, heat, and nitrogen dioxide depending on the fuel source. The efficiency of these ranges between the value of 40-60%. On the application of a cogeneration scheme, the heat energy dissipation decreases. Therefore, the efficiency of the cell increases to roughly 85%.

The generation of power through this technology is attracting a lot of attention in terms of research and investment. Moreover, they generate energy directly from reactant material. Therefore, in cases like Global Fuel Cell and Hydrogen (FCH), the technology is environmentally sustainable and viable. The power source does not generate harmful pollutants like carbon dioxide unlike other sources thus making technology a step closer towards a circular economy.

According to the market database, the renewal of the electric grid amongst developed nations serves as one of the significant growth factors. Concerning the global market, Stationary FC accounted for 70% of the overall market share generated. Growing public-private partnerships is another factor that accelerates the growth associated with this sector. For instance, GAIL and Bloom Energy entered a strategic alliance to deploy FC technology in India using natural gas.

The application of FC in electric vehicles serves as one of the most lucrative value chains for this product. Towards the end of 2019, roughly 18,000 FCEVs (Fuel Cell Electric Vehicles) were leased or sold worldwide. Honda Clarity, Toyota Mirai, and the Hyundai ix35 FCEV are three commercially produced electric cars for sale and lease-based purposes. According to the market database, these vehicles could travel more than 4,800,000 km by refueling 27,000 times. Additionally, these systems can be refueled within 5 minutes.

According to the market database, in 2015, Tesla motors stated that these vehicles could not be conceived as commercially viable alternatives. Moreover, the lack of refueling infrastructure for electric cars serves as a major drawback for the sector.

According to the market database, in 2019, the Proton Exchange Membrane Fuel Cell (PEMFC) accounted for over 67.7% of the total units shipped. PEMFC is used in systems including automobiles, telecommunications, and forklifts. The Solid Oxide Fuel cells (SOFC) segment is expected to experience tremendous growth owing to the increased research funding provided by the U.S Department of Energy (DOE). The Molten Carbonate Fuel Cells (MCFC) segment is increasingly used in large stationary plants. Therefore, this product emerged as the largest segment in the year 2019.

Since they serve as an environmentally viable option, the government and legislative bodies support the use of this technology. For instance, in the year 2017, the Canadian government provided funding worth USD 43 Million for promoting innovation in terms of clean technology. Funding initiatives within the U.S, as well as Canada, promote growth within the North American Market. Additionally, the low carbon market has been one of the key objectives for the European economy. Therefore, the region has been focusing on attaining this primary target via public-private partnerships.

According to the market database, the Combined Heat and Power Systems based in Japan are key factors that propel the growth of the Asian Pacific region. The infrastructural growth and increased focus on energy intensification have led to market growth.

The trends of the FC market can be studied through Global Market Database. The cloud-based market research platform is based on DMD technology which is employed to construct trends associated with the changing market scenario. 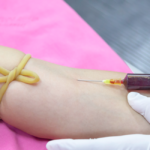 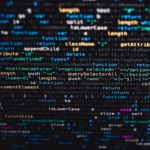