Ingredients for the feed can be fed separately or in simple or complex mixes. Compound or compounded feed are the most common names for the latter. They are sometimes fed as a meal or a blend of pulverized materials, as a dry pellet, or as a moist product that has been produced. Market analysis shows roughages, concentrates, and mixed feeds are the three basic types of feeds marketed. Roughages are forages such as pasture forages, hays, silages, and byproduct feeds with a high fiber content. Energy-dense grains and molasses, protein- and energy-dense supplements and byproduct feeds, vitamin supplements, and mineral supplements are all examples of concentrates. Mixed feeds can have a wide range of calorie, protein, and fiber content, or they can give “full” balanced meals.

Compound feed production began in the early twentieth century. Antibiotics and sulfonamides have been adopted into the feed field as additives since the 1950s, also the demands of domestic animals for amino acids, vitamins, and trace elements have improved, and compound feed manufacturing has exploded. Market analysis of compound feed shows its use became widespread in Europe and America first, then spread to Asia and other parts of the world.

According to Market Database, compound feed production entails much more than simply mixing and milling feed ingredients. A compound feed manufacturer’s primary goal is to make the most efficient use of available safe and economically viable resources in order to produce a balanced feed that meets the physiological needs of farm animals while also supporting their performance, allowing for equally efficient, safe, and economically viable livestock production. Manual addition batching, volumetric batching, one bin one scale batching, multi bins multi scales batching, multi bin one scale batching, and other technological procedures are now employed for compound feed production.

Market analysis of compound feed shows feed producers analyze the nutritional requirements of the animals and provide a custom-made, cost-effective feed to ensure optimal production while preserving animal health and welfare. It is critical to ensure that the animals’ nutritional needs for all necessary nutrients, including energy, vital amino acids, trace elements, and minerals, are supplied. Additional services provided by compound feed producers to livestock farmers include dietetic meals for farm animals in stressful conditions and the creation of medicated feed for sick animals, which can only be recommended by a competent veterinarian. According to market database, compound feed is divided into four categories: additive premix, concentrate feed, complete formula feed, and concentrate combination, in addition to the feeding animal types. A variety of additional intermediate types of items can also be produced. To improve feed quality management, many countries have enacted feed laws and regulations to assure the quality, nutritional value, and safety of humans and animals.

According to market database, small/marginal farmers and agricultural laborers rely heavily on dairying for supplemental income. Cattle feeding habits are largely traditional, with pasture providing the majority of the feed. However, due of a scarcity of feed, a progressive transition from the traditional feed pattern to compound feed has occurred. It comes in the form of mash, feed block, or feed pellets for cattle. The feed block and feed pellets are more popular than the mash since they offer more benefits. Market research tool indicates compound feed is manufactured on a large scale in India.

Market research tool indicates, the global production of compound feed industry has surpassed 1 billion tons per year. This, on the other hand, is the amount of feed generated by the professional feed industry. Furthermore, business intelligence tool used to perform market analysis of compound feed industry indicates the amount of feed that is directly combined and produced in farms is estimated to be 300 million tons. In 2019, the total amount of compound feed produced in the world was 1.176 billion tons. According to market database, in 2020, the volume reached 1.187 billion tons, an increase of 1%. In 2019, a minor dip in worldwide feed output was recorded due to African swine fever (ASF) and a decline in swine feed production in Asia-Pacific, which ranks first in global feed production. Production did, however, begin to climb again in 2020, albeit at a very modest level. 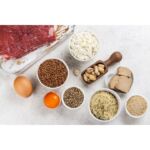 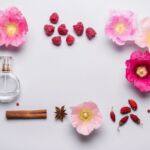