The death rate for cancer in the U.S. has declined by 29% between 1991 and 2017. A steep drop in the number of cases took place in 2016, due to the diminishing effects of lung cancer, though it is one of the deadliest forms of ailments with a high fatality rate.

The number of cancer deaths in the U.S. amongst men fell from 3% between 2008-2013 to an estimated value of 5% between 2013-2017. The number of deaths amongst the female population fell from 2% to almost 4%. The decline in terms of death rate has remained steady over the past 26 years owing to the increased number of health care treatment measures for cancer.

The numbers were reported in the healthcare market research report published in the American Cancer Society’s peer-reviewed journal CA: A Cancer Journal for Clinicians. Other promising sources of information based on the health care sector include Global Market Database. This cloud-based platform offers market data that has been updated every quarter from which further strategic analysis can be derived.

Statistics based on types of cancer

According to the market database, the most prominent types of cancer that account for the maximum number of deaths include lung, colorectal, breast, and prostate. The increase in the number of lung cancer survivors is majorly due to a decrease in the number of people who indulge in smoking and advancements in terms of early detection of cancer-based therapeutics. Additionally, an estimated value of roughly one-quarter of the deaths is due to the prevalence of lung cancer.

The steepest reduction in death toll for melanoma skin cancer was because of the use of immunotherapy. According to the market database, approval of Yervoy (ipilimumab) and Zelboraf (vemurafenib) for cancer treatment in 2011, led to a reduction in death toll by 7% for ages between 20-49, 1% for ages between 50- 64, and 5% in ages between 65 and above. Improvements in targeted therapies and other treatment processes have helped drive the progress in terms of diseases like leukemia and lymphoma. Within the last five years, the survival rate for chronic myeloid leukemia increased by a value of 70% between 2009 and 2015. Additionally, people who were previously diagnosed with tyrosine kinase inhibitors now have a nearly normal life expectancy.

Cancer in the U.S amongst young adults:

By 2020, the new cancer cases are expected to reach a value of 89,500 and the death rate was anticipated to reach a value of 9270 amongst adolescents and young adults (AYA). According to the market database, due to the rarity of these diseases amongst youth, they are likely to be diagnosed at a late stage of cancer, leading to higher unassured rates and the potency of the disease.

On getting cancer, this age group is likely to experience long-term late effects associated with the disease including heart problems, infertility, and sexual dysfunction. AYAs are also prone to having a relapse of cancer at later stages of their life. Adolescents between the age group of 16-19 can contract a unique type of cancer including acute lymphocytic leukemia, thyroid cancer, and melanoma skin cancer. Along with these diseases, they develop a higher risk of getting illnesses like lymphoma.

US cancer treatment budget and appropriations:

According to the market database, between 2011 and 2016, U.S. spending on cancer treatments jumped from USD 26.8 billion to USD 42.1 billion. Additionally, between 1990 and 2009, the estimated annual direct medical spending on cancer treatment doubled within the United States. In the year 2010, the U.S spent an approximate value of USD 125 Billion on cancer care. While breast cancer accounted for roughly 13% of the direct spending,

As a part of the federal budget process, the NCI (National Cancer Institution) receives its budget allocation from the United States after going through appropriations from the Department of Health and Human Services. For the fiscal year 2020, the Department of Health and Human Services has structured a budgetary consignment of USD 6.44 Billion to the NCI for Cancer therapeutics and treatment services. A net increase of USD 297 Million were accounted as compared to the year 2019.

As a part of emergency supplemental appropriation, the Pay Check Protection Program and the Healthcare Enhancement Act of 2020 provides USD 306 Million to the NCI to test, validate, and improve serological testing in response to COVID-19. 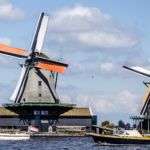