A biological sensor or biosensor is an analytical device made up of a transducer and a biological element. The biological element can be an enzyme, a nucleic acid, or an antibody. The device is a blend of medical science, chemistry, and nanotechnology.

According to the market database, biological sensors are regarded as highly valuable devices. They measure and analyze a wide spectrum of materials such as organic compounds, gases, ions, and bacteria. In the medical field, early-stage diagnosis of chronic diseases is essential for preemptive treatment. This has sparked large-scale demand for disposable, cost-efficient, and user-friendly devices. Biological sensors have also found applications in non-medical fields.

Biological sensors in the broad frame are found in embedded form or a sensory patch. According to segmentation, they are further divided into wearables and non-wearables types. The wearables vertical has captured a greater share in the market. The business outlook for such devices is expected to sustain due to increased user adoption and technological advancements.

The wearable biosensors act as small electronic devices that help to deliver the customized information to the user in real-time without the intervention of any medical expert. The market database states that the non-wearable type is expected to witness steady growth. This is due to the increased adoption of such biosensors to track production processes and quality measurement. Further, improvement in network architecture such as cloud computing to provide remote access to real-time data is expected to propel growth in this vertical.

Based on the technology the biosensor market is divided as thermal, electrochemical, piezoelectric, optical, nanomechanical, ion-sensitive, and resonant. The electrochemical type has experienced a greater share in the market. Further innovations in terms of technologies are expected to drive business recovery in the post-COVID scenario.

Market Database asserts that optical biological sensors are primarily utilized to analyze biomolecular interactions, as these can determine the kinetics and affinity of a wide variety of molecular interactions in real-time. They also offer enhanced analytical capabilities for structural studies. These include use cases in fermentation monitoring, receptor-cell, concentration, and equilibrium studies.

Home diagnosis, point of contact (POC) devices, food processing, research labs, and security & biodefense contribute towards the end-user vertical. According to the market database, PoCs devices have undergone substantial growth on the back of COVID-19. This is due to the increased demand for rapid testing devices. Major companies have begun to shift towards these kinds of devices to promote interoperability and portability.

Various applications in the medical field, growth in the geriatric population, and enhanced demand in non-medical industries are anticipated to propel growth for the biosensors market. Augmented aid by the government to frame policies and drive investments to develop healthcare modules is expected to help the business recovery in the post-COVID era. Miniaturization has served to develop small, compact, easy-to-handle biological sensors. This has produced a paradigm shift in the healthcare and medical industry.

Furthermore, according to the market database, innovative initiatives such as the development of proteomics and genomics are expected to contribute towards the overall market growth. For instance, National Information and Communication Technology Australia (NICTA) has envisaged developing findings in data mining, networks, and embedded systems for the biosensors market.

Advancements in technology also include the expansion of ultrasensitive printable biosensors. These devices help to identify or monitor biological fluids such as urine, blood, sweat, and saliva. The biological sensors aid in the early detection of prevalent chronic diseases such as heart diseases, stroke, cancer, type-2 diabetes, and arthritis. This has led to increased user penetration across the globe. These different factors have contributed towards an optimistic business outlook for biosensors in the coming years.

Biological sensors are versatile and have a great number of use cases in different industries. These include medical, food toxicity, bioreactor, agriculture, environment, and others. Different use cases in this field include cholesterol testing, blood glucose monitoring, blood gas analyzer, pregnancy testing, drug discovery, and disease tracking.

According to the market database, the agricultural vertical is poised to obtain a larger share in the market. Biosensors provide rapid and specific detection of various pathogens to avoid livestock losses and improve crop yield. They are also utilized to measure concentrations of pesticides, heavy metals, and herbicides at the groundwater level. This helps to detect soil diseases as well and drives improved agricultural methods.

According to market analysis reports, the Asia Pacific region is assumed to be the fastest-growing region. This is due to the underpenetrated population in this region, greater unmet medical needs, and constant government investments to improve the healthcare ecosystem. Further aid in research processes to provide global quality and safety standards has attracted major market players.

South Korea is assumed to be a vital contributor to the development of the market in this region. This is due to more pragmatic approaches to adopt out-of-hospital care services and efficient use cases for the food processing industry.

Further factors involve improved demand for PoC biosensors to estimate several parameters such as heart rate, oxygen saturation, and track changes in plasma protein profile. This has commenced in greater public awareness to obtain and analyze a greater amount of real-time data. According to market research reports, raised investments by local and international players in R&D activities are assumed to expand the business recovery in different fields for South Korea. For instance, a major company in South Korea in June 2020 produced rapid antibody tests to tackle COVID-19 which was exported across the globe. This sustains the manufacturing capability of South Korea for medical devices. The Ministry of Food & Drug Safety (MFDS) is the administrative body that grants the different devices to be launched in the market. They have constructed a favorable environment to produce devices that meet global quality and safety standards. The impacts of regulations on the upcoming market trends can be analyzed through market research tools as well.

The World Congress on biosensors is the largest and well-established conference in the biosensors field. The 31st edition for this conference is scheduled to be held on 26th – 28th July in Busan, South Korea. This augments the research capacity of South Korea in the biosensors market. The following is suspected to provide opportunities in collaborative efforts and learnings to drive innovation. 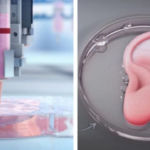 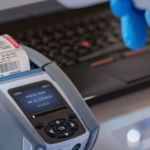